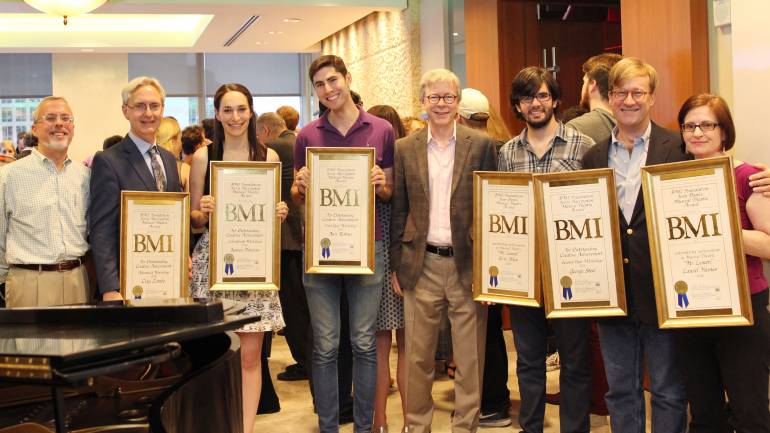 BMI congratulates the seven members of the Tony-honored BMI Lehman Engel Musical Theatre Workshop, who were winners of its annual Musical Theatre Awards, which consist of the Jerry Harrington Awards for Outstanding Creative Achievement in Musical Theatre, the Jean Banks Award, and the Ellen Schwartz Award for Outstanding Literary Merit in Lyric Writing. The awards were presented by BMI Director of Musical Theatre and BMI Foundation Board Member Pat Cook during a ceremony on June 13, 2016, at BMI’s New York office.

Established in 2015, the Ellen Schwartz Award commemorates the life and career of the late songwriter, Ellen Schwartz. A $1,000 award is given annually to a Second or Third Year Workshop participant whose lyric writing demonstrates exceptional literary merit.