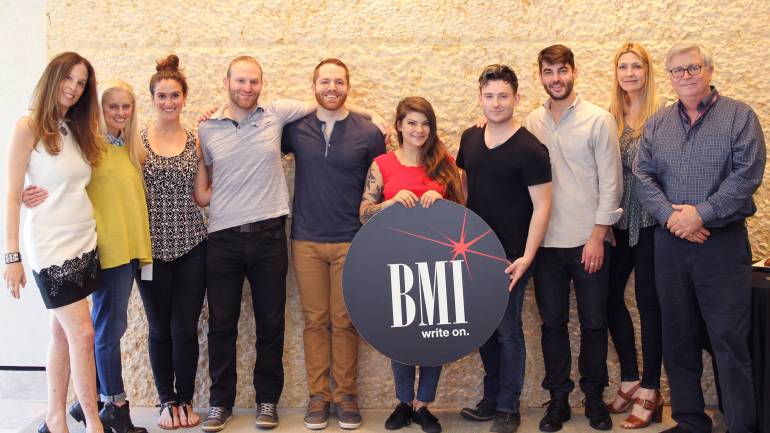 BMI songwriters put forth another strong showing in the competition for the 2016 Abe Olman Scholarships, with three burgeoning, young songwriters earning the distinguished accolades. Presented by BMI and the Songwriters Hall of Fame, and made possible each year by the Olman family to help promising songwriters in the early stages of their careers in honor of the career of Abe Olman, a lifelong songwriter and major figure in the music publishing community, this year’s scholarships were awarded to writers Donna Missal, Jon Buscema and Tye James.

Donna Missal is a New Jersey native-turned-New York-transplant whose emotive, genre-straddling songs and disarmingly powerful voice have made a notable impact across the web. Tye James is a prolific writer and vocalist who has honed his skills with R&B producers like Dilemma and Kwame, while multi-instrumentalist Jon Buscema is a versatile producer and mixer who met James at the University of the Arts, prompting the two songwriters to form the project, KNGDAVD, merging their respective loves for R&B, indie rock and pop into a deft, original mix.

Congratulations to Donna, Jon and Tye on your accomplishments.