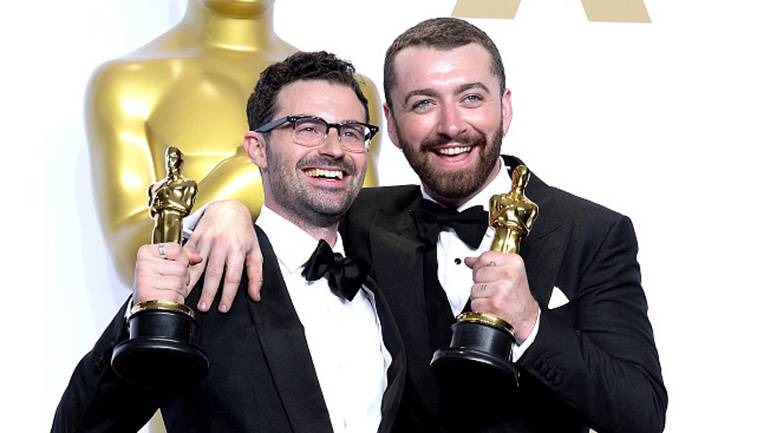 The 88th Annual Academy Awards celebration at the Dolby Theatre in Hollywood last night confirmed what BMI has known all along – our composers and songwriters are the best in the business! After delivering a stunning performance of his award-winning track, Sam Smith (BMI via PRS), received his first Oscar for Best Original Song for “Writings on the Wall,” from the blockbuster film Spectre. This prestigious achievement follows Smith’s earlier Golden Globe win with co-writer Jimmy Napes for the same work.

Also during the dazzling evening, BMI affiliate Lady Gaga gave a compelling performance of her nominated song, “Til It Happens To You,” from the groundbreaking documentary, The Hunting Ground. In addition, this year’s Oscar for Documentary (feature) went to AMY, which tells the tragic story of the late and brilliant Amy Winehouse (BMI via PRS).

Congratulations to Sam and Lady Gaga on jobs well done!