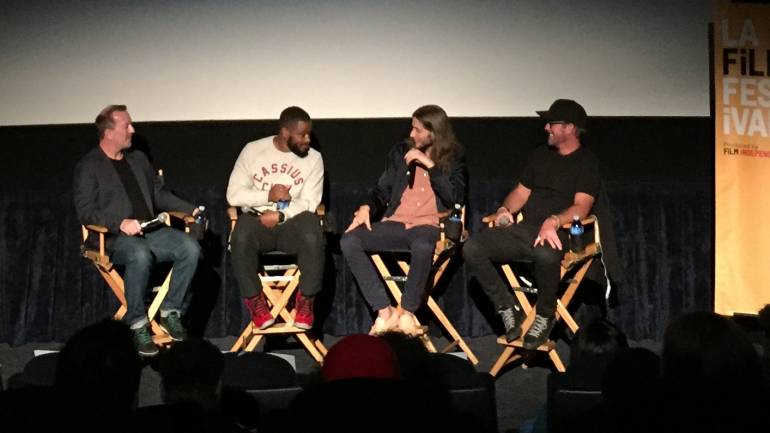 For the ‘Ryan Coogler: Crafting the Soundtrack of Creed’ panel, Dolby Institute Director Glenn Kiser, director Ryan Coogler, composer Ludwig Göransson and sound designer Steve Boeddeker discussed how all the elements came together in creating the soundtrack to the film ‘Creed.’

BMI’s composers in the world of independent cinema made another strong showing at the 2016 LA Film Festival between June 1 and June 9. The BMI team showed up in force to support our affiliates at the festival’s various film premieres, panels and screenings throughout the action-packed, nine-day event.

Among the festival’s many highlights, composer Tyler Strickland was on hand for the world premiere of Jackson, director Maisie Crow’s powerful documentary about the politics of reproductive rights in the American south that Strickland scored. Composer Sandro Morales Santoro showed up in support of his work in the documentary Out in Iraq, while Jeff Beal came out for the world premiere of his latest project, Rob Spera’s unconventional dramatic comedy The Sweet Life. Composer Ludwig Göransson, meanwhile, participated in a panel discussing his most recent, celebrated project, scoring Ryan Coogler’s Oscar-nominated Creed.

The LA Film Festival is an annual celebration hosted by Film Independent, and brings the newest American and international cinema to Los Angeles, while giving the public a chance to learn from top filmmakers, professionals and talent.