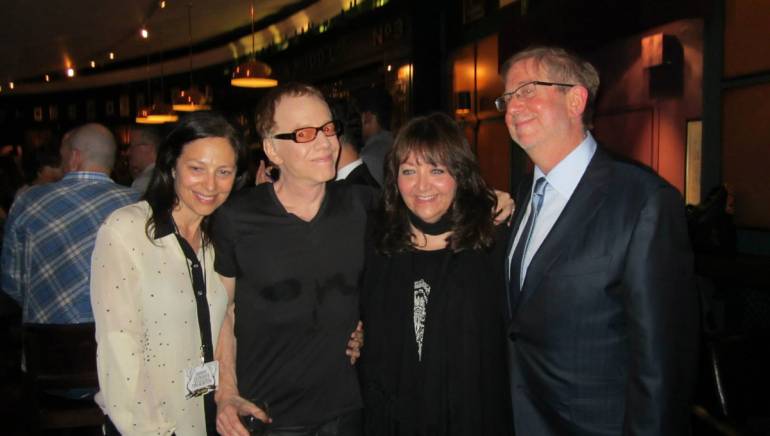 Pictured at the after-party for "Music From the Films of Tim Burton" on October 7 in London are (L-R): Laura Engel, BMI composer Danny Elfman, BMI's Doreen Ringer-Ross and Richard Kraft.

Some of Elfman’s most famous scores from Burton’s films including Beetlejuice, Edward Scissorhands, Batman, Mars Attacks and Alice In Wonderland were brought to life on stage by conductor John Mauceri, who led the BBC Concert Orchestraand the Maida Vale Singers. Visuals from Burton’s original sketches, drawings and storyboards appeared on a big screen, enhancing the concert experience.

The audience was treated to an encore medley of songs from Burton’s 1993 film, The Nightmare Before Christmas, complete with rare vocal performances by both Elfman and Helena Bonham Carter. The two were then joined onstage by Burton. A rapturous ovation served as the finale to a triumphant world premiere.

Audiences in Los Angeles will have a chance to experience the concert special on October 29, 30 and 31, when it makes its way to the Nokia Theater. To purchase tickets, visit Ticketmaster.