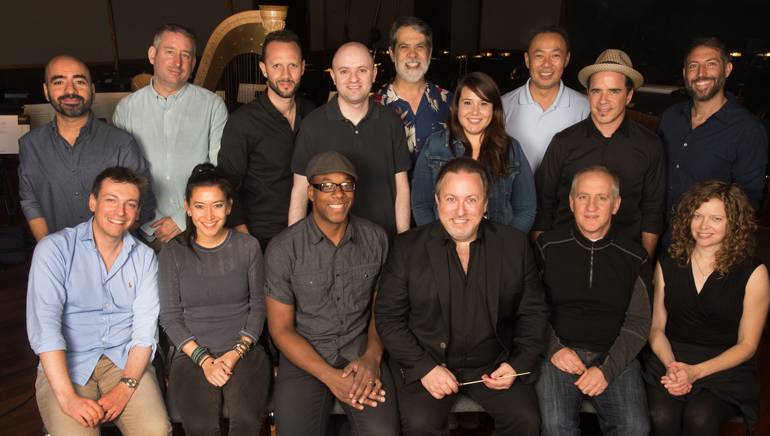 BMI continued its focus on nurturing the art of conducting at the Company’s annual two-week conducting workshop series taught by BMI Classic Contribution Award winner, conductor and composer Lucas Richman. During the workshop, eight selected participants had the opportunity to hone their conducting skills, from mastering fundamentals and multi-meter scores, to conducting to picture with a 32-piece orchestra. Classes were taught at BMI’s Los Angeles office and Cow On The Wall Studio in North Hollywood, with the finale taking place at The Bridge Recording in Glendale on August 27, 2016.