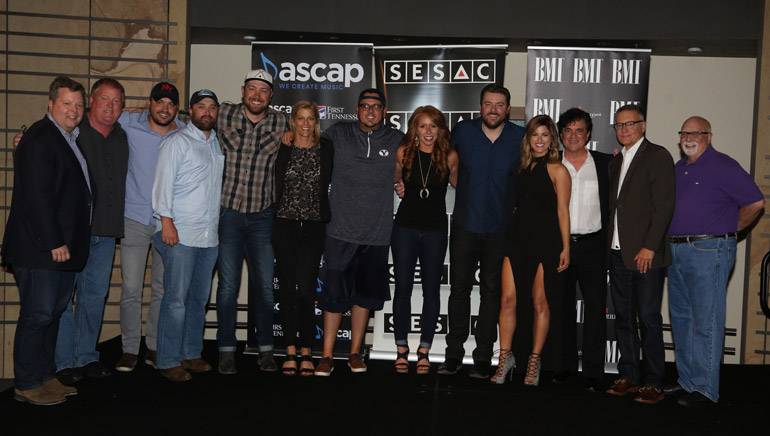 The Country Music Hall of Fame in Nashville filled with supporters of Chris Young and his co-writers Corey Crowder and Josh Hoge, who penned the #1 hit “Think of You.” The track, a duet with Cassadee Pope, is the second single from Chris’s fifth studio album I’m Comin’ Over. The song marked the 8th #1 for Chris as an artist and the 6th as a songwriter. Fans can catch him on tour throughout the summer, hitting cities like Phoenix, Louisville and Las Vegas.