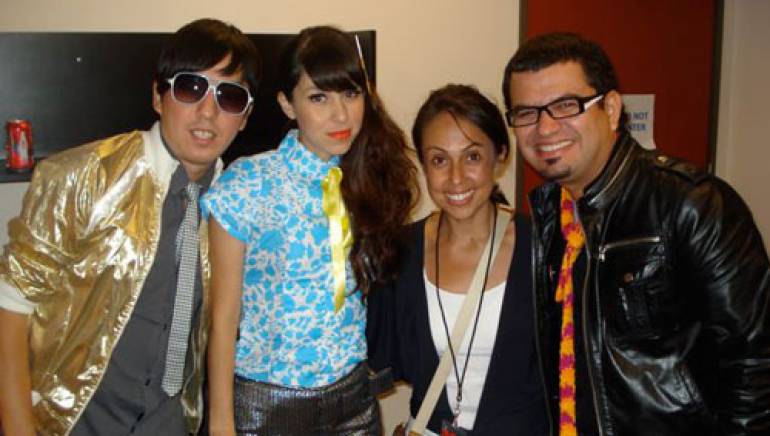 The 10th annual Reventon Super Estrella concert at the Home Depot Center in Los Angeles was held August 9 and featured a performance by BMI songwriters, Belanova. BMI’s Delia Orjuela was in attendance at the extravaganza sponsored by local radio station Super Estrella.

Belanova has been touring north of the border this summer, displaying their sprightly synth-pop stage show extravaganza, “Fantasia Pop USA Tour,” to a host of cities from New York to Los Angeles.

The trio’s success began with their debut release Cocktail, which reached gold status and was named one of the Top Five releases of 2003 by Rolling Stone Mexico. In 2006, the band earned a Latin Grammy nomination for Best Pop Vocal Album by a Group or Duo, as Belanova became the most nominated Mexican act on the 2006 MTV Video Music Awards Latin America.