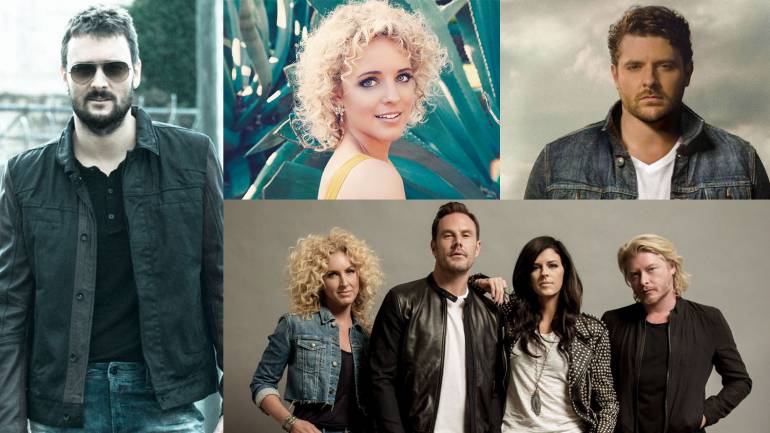 BMI songwriters are again this year overwhelmingly leading the pack of 2016 ACM nominees. Eric Church, who is up for his first ACM Entertainer of the Year award, has an astounding five nods, including his third Male Vocalist of the Year nomination, Album of the Year for Mr. Misunderstood, as well as Video of the Year for the title track “Mr. Misunderstood,” and Vocal Event of the Year for “Raise ‘Em Up” with Keith Urban. Other multiple nominees from the BMI family include Cam, Chris Young and Little Big Town, each with four nominations, while Chris Janson, Miranda Lambert and Thomas Rhett garnered an impressive three apiece. Karen Fairchild of Little Big Town also got a fifth nod for Vocal Event of the Year for her work on “Home Alone Tonight” with twice-nominated Luke Bryan. Jason Aldean, Brett Eldredge and Kacey Musgraves were also each given two major nods.

The 51st ACM Awards will air live from the MGM Grand Garden Arena in Las Vegas on Sunday, April 3, at 8:00 PM ET on CBS (check listings for delayed PT). Here’s a complete list of BMI nominees. Congratulations to all!

VIDEO OF THE YEAR