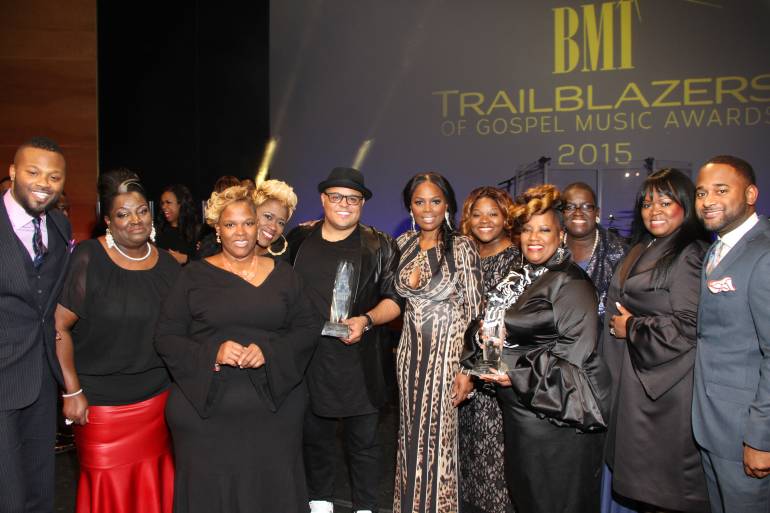 Musical tributes began with an awe-inspiring nod to The Anointed Pace Sisters, featuring Zie’l (“Safety Zone”), The Walls Group (“Contentment”), The Company (“U-Know”), Dorinda Clark Cole (“Be a Fence”) and Lisa Page Brooks and Tasha Page-Lockhart (“When God is in the Building”). The charismatic songs of LaShun Pace were then celebrated with dynamic performances by B. Slade (“I Know I’ve Been Changed”), Kathy Taylor (“Just Because God Said It”), and Rance Allen (“He Keeps Doing Great Things For Me”). Serving as the event’s triumphant finale, the exalted songs of Israel Houghton were then celebrated with dynamic performances by Tommy Sims (“Nothing Else Matters”), Fred Hammond (“Friend of God/Again I Say Rejoice”), Kim Burrell (“It’s Not Over (When God Is In It”), Micah Stampley (“New Season”), Tasha Cobbs (“Alpha & Omega”), and Jonathan McReynolds (“Moving Forward”).