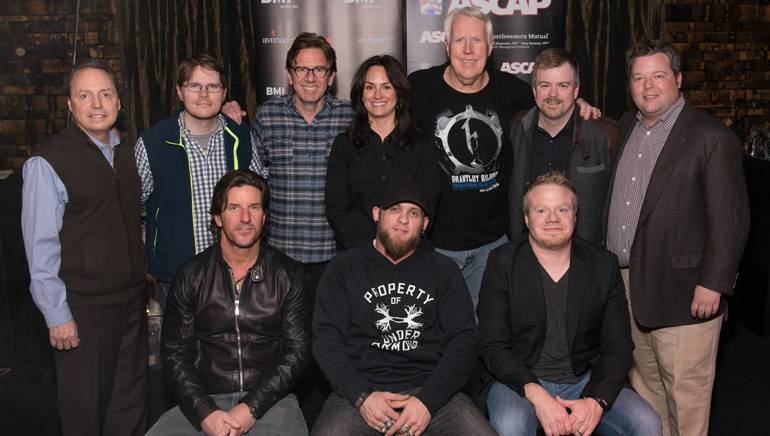 Music industry guests assembled at the Pour House February 2, 2015, to celebrate BMI songwriter Brantley Gilbert’s #1 hit song “Bottoms Up.” The double platinum-certified hit was penned with Brett James and Justin Weaver. “Bottoms Up” marks the fifth chart-topper for Brantley as a songwriter and third as an artist and is featured on his gold-certified album Just As I Am, which earned the American Music Award for Favorite Country Album. Brantley, whose latest single, “One Hell of an Amen,” is currently climbing the country radio charts, will head out on “The Big Revival Tour” this spring with Kenny Chesney and Jason Aldean.