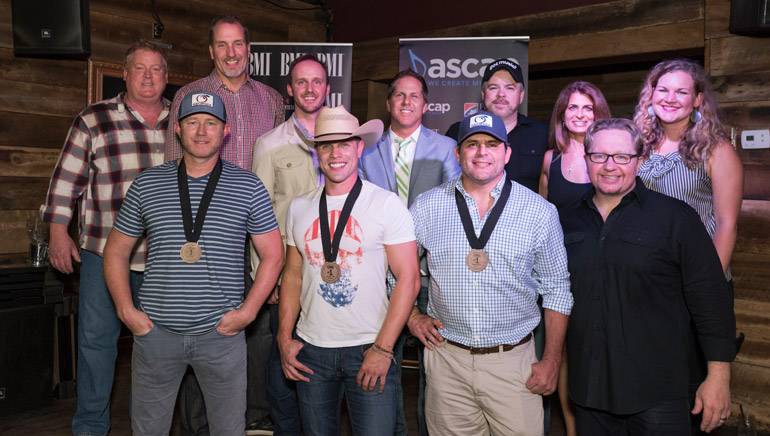 Friends, family and music industry executives gathered yesterday at South to celebrate BMI artist Dustin Lynch and the writers of his #1 hit “Mind Reader.” Penned by BMI songwriter Rhett Akins and writer Ben Hayslip, with production by Mickey Jack Cones, the track is the third single from his second studio album Where It’s At. The song is the 24th #1 for Rhett and the 19th for Ben. A Broken Bow Records artist, Dustin is currently on his second tour in a row with BMI artist Luke Bryan, and he will join Chris Young’s “I’m Coming Over” tour this fall.