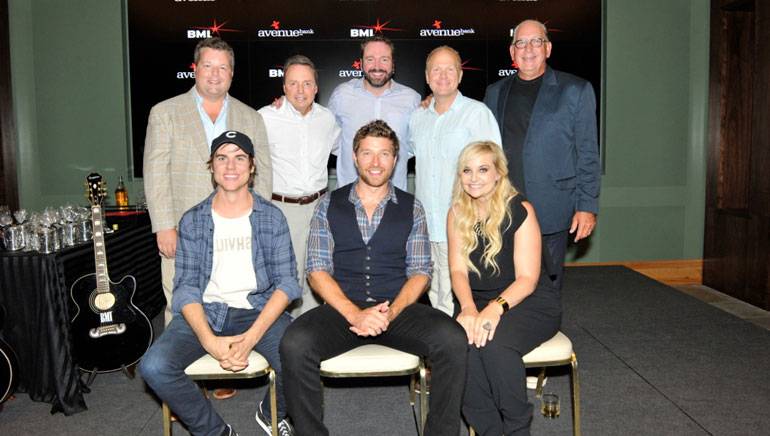 Music industry VIPs gathered at Broadcast Music Inc.’s Nashville office August 20, 2014, to celebrate BMI songwriter Brett Eldredge and “Beat of the Music,” his second consecutive #1 single as both a writer and an artist. Written by Eldredge, Heather Morgan and Ross Copperman, “Beat of the Music” is from Eldredge’s Bring You Back album, and has also been certified GOLD by the RIAA. This is the first #1 single for Heather Morgan, who also wrote Sara Evans’ latest hit “Slow Me Down,” and has had songs recorded by Keith Urban, Eli Young Band, Trisha Yearwood and more. The song is the second chart-topper for Ross Copperman, who wrote Justin Moore’s #1 hit “Point At You,” as well as Kenny Chesney’s “Pirate Flag,”  Dierks Bentley’s “Tip It On Back” and many others. Eldredge and Copperman co-produced the track together, and also celebrated their first #1 single as producers. 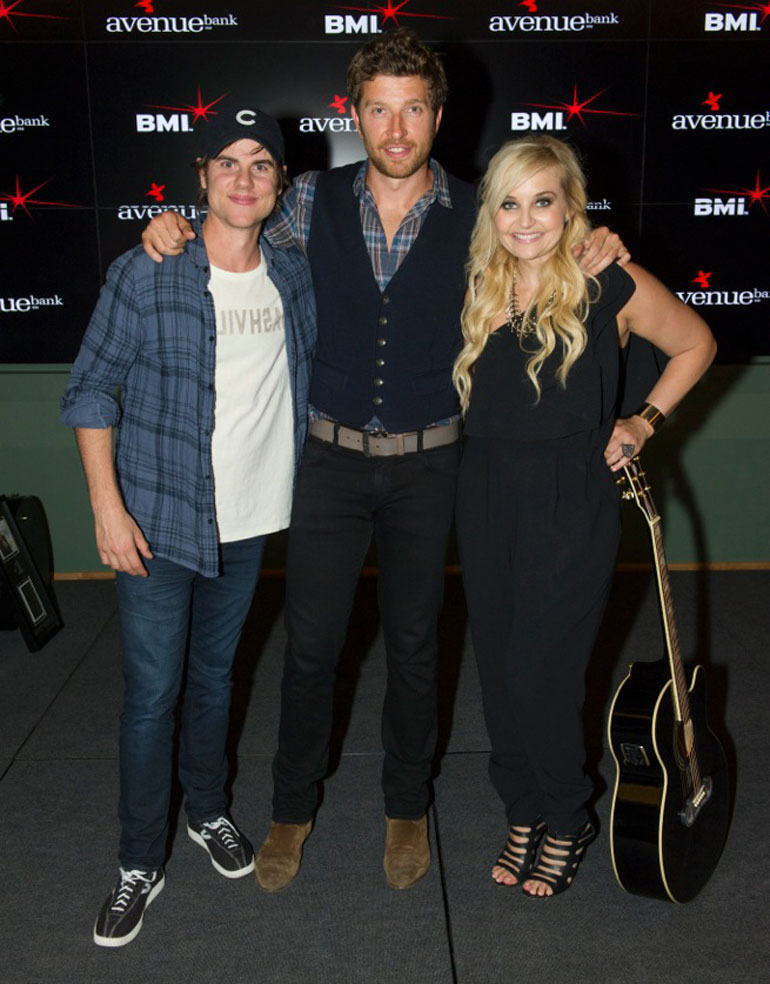