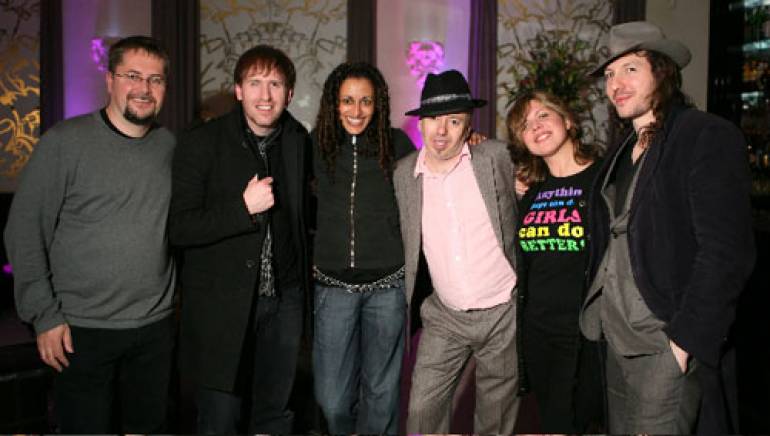 BMI London, along with the U.K.’s Hit Sheet magazine editor Paul Kramer, presented the first in a new monthly series of showcases on March 26 at the Cobden Club in West London. The series, designed to give the finest unsigned, breaking and established singer/songwriters the opportunity to perform for key industry executives, featured Peter Conway, Rosabella Gregory, The Heart Strings, and headliner Doug Walker (Warner Music) in its initial installment.

Peter Conway hit the stage first, displaying his unique mix of soul, gospel, reggae and blues and swapping his regular band for a horn section for most of his eclectic and soulful set.

Next was Rosabella Gregory, whose distinctive standard of songwriting has won her international accolades; her song “Better Love” was awarded the International Prize at New York’s Songwriters Circle Songwriting Contest. Her presence and atmospheric piano accompaniment are comparable to that of Kate Bush and Tori Amos, among others

The Heart Strings, who bring together the worlds of classical and pop, performed an animated and vibrant set displaying their abundant creativity.

The Hit Sheet is an industry-only magazine that includes hot new talent tips (some included on a free CD) and general gossip and chat.

Broadcast Music, Inc.® (BMI) is an American performing right organization that represents more than 375,000 songwriters, composers and music publishers in all genres of music and more than 6.5 million works. BMI’s most recent financial results, $839 million in performing right collections for its fiscal year ending June 30, 2007, were the highest for any copyright organization in the world. BMI has represented the most popular and beloved music from around the world for over 65 years. The non-profit-making U.S. corporation collects license fees from businesses that use music, which it then distributes as royalties to the musical creators and copyright owners it represents.