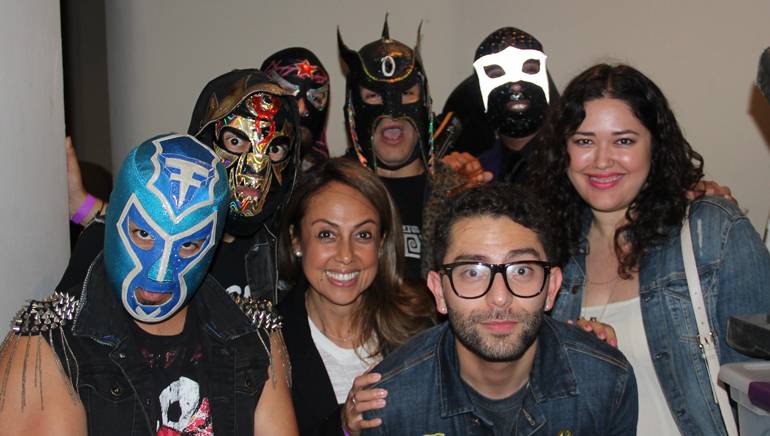 BMI’s Latin team joined forces, once again, with the Levitt Pavilion in Pasadena on Friday, August 26, to bring the sounds of Mexico to the community. The BMI Summer Nights showcase was a free concert featuring performances by Stefano Vieni and El Conjunto Nueva Ola. Mexican-Italian producer, singer/songwriter Stefano Vieni kicked off the event with some songs from his debut album Amor Anatomico. Mexico City’s own El Conjunto Nueva Ola followed with their unique style of cumbia, performing some of their most popular songs such as “Cumbia Town” (an homage to the disco classic, “Funky Town,” by Lipps Inc., recast as a cumbia) and their spirited cover of Billy Idol’s “Dancing with Myself,” all while wearing their signature flamboyant wrestling masks.

The next event in this series at the Levitt Pavilion is slated for September 16 at 8 pm, featuring Sin Color & ¡Aparato!