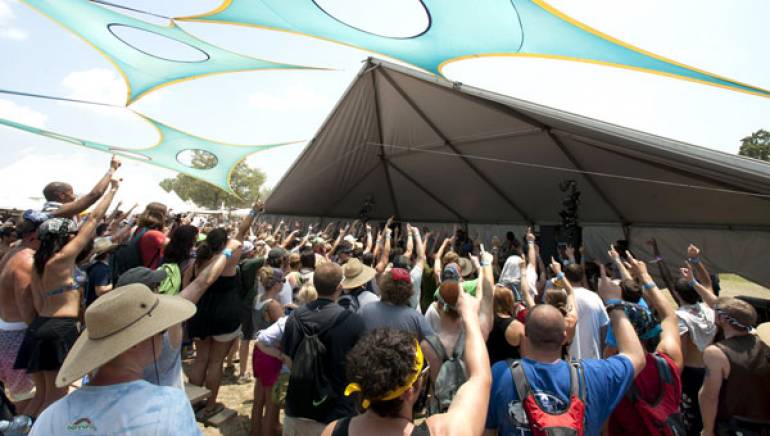 Pictured above: Chancellor Warhol gets the crowd going during his set on Friday, June 10 at Bonnaroo Photo: Erika Goldring

Sponsored by BMI, Mercy Lounge, Yuengling, and the Bonnaroo Music and Arts Festival, BMI’s Road to Bonnaroo competition took place over the course of three 8 off 8th shows— February 28, March 21, and April 18 — at Nashville hot-spot The Mercy Lounge. As the live-action litmus test, eight bands performed three-song sets during each installment of the series. To select the evening’s top contender, an industry panel comprising local music journalists, bloggers, and 8 off 8th hosts contributed one half of the verdict, while fan-voting through onsite ballots determined the other half.

BMI’s involvement underscores the organization’s vital role as an early career counselor and support system for aspiring songwriters and bands. As an initial point of contact for burgeoning artists, BMI serves as a fundamental bridge, connecting promising talent with industry decision-makers, as well as invaluable opportunities, including performance slots on stages at SXSW, the Austin City Limits Music Festival, Lollapalooza, and of course, the Bonnaroo Music and Arts Festival.