BMI’s Board of Directors saluted legendary BMI songwriter Dolly Parton at its 59th annual dinner honoring the Directors of the National Association of Broadcasters (NAB), held April 17 in Las Vegas. Hosted by BMI Board Chairman Cecil L. Walker and BMI President & CEO Del Bryant, the dinner was held at the Bellagio hotel during the NAB convention. 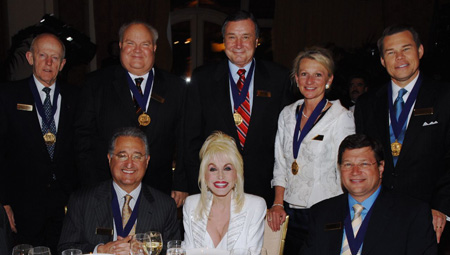 Saluted for a “lifetime of brilliant performances that have delighted and entertained broadcast audiences across America,” Parton was recognized as a songwriter whose enormous entertainment contributions have shaped American music and culture. “It is rare that a songwriter of such immense talent is also able to deliver those songs on record, on the air and in concert in a way that thrills audiences and has brought her to the pinnacle of professional success in our industry,” said Bryant. “The management and Board of Directors chose her for this salute because of her impact across all media and genres, and the diversity and scope of her talent as a songwriter, recording artist, actress, entrepreneur, and philanthropist.” 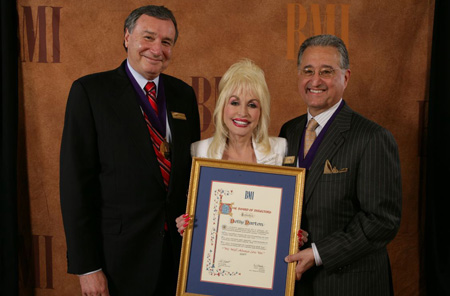 Also at the dinner were legendary BMI songwriters Jeff Barry (“Be My Baby,” “Chapel of Love”), Holland/Dozier/Holland (“Stop In The Name of Love,” “Reach Out and I’ll Be There”), and Barry Mann and Cynthia Weill (“You’ve Lost That Lovin Feelin’,” “Here You Come Again”); BMI’s Board of Directors, executives and Board members of the NAB, and FCC commissioners. 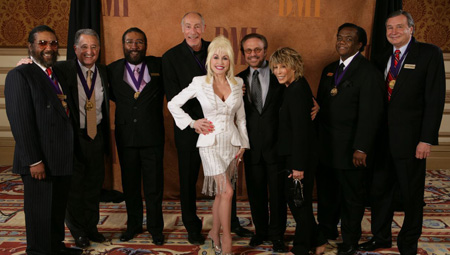