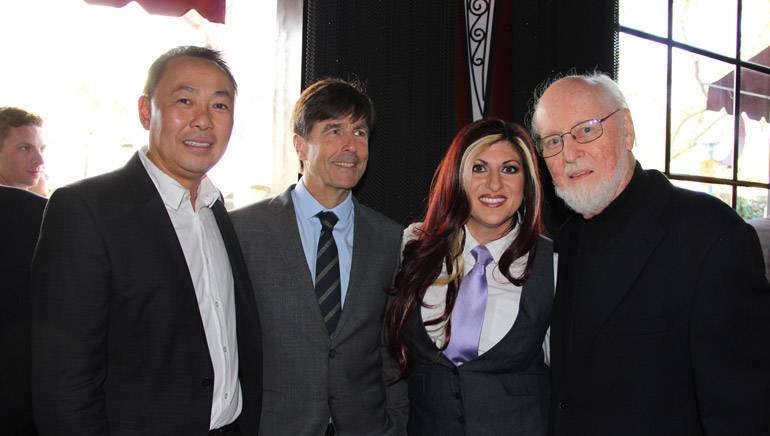 The Society of Composers & Lyricists (SCL) hosted its annual Champagne Reception in association with the Academy of Motion Picture Arts and Sciences’ Music Branch Governors, on Saturday, February 27, 2016, at La Bohéme in West Hollywood, CA. The gathering celebrated the music nominees for this year’s Academy Awards.

The guests of honor included BMI composers Thomas Newman (Bridge of Spies) and John Williams (Star Wars: The Force Awakens), both nominated for Original Score; as well as songwriters up for Best Original Song including Stephan Moccio (BMI via SOCAN), who wrote “Earned It” from Fifty Shades of Grey, Lady Gaga, who penned ‘Til It Happens To You” from The Hunting Ground and Sam Smith, who last night took home the Oscar for “Writing’s On The Wall” from the film Spectre.