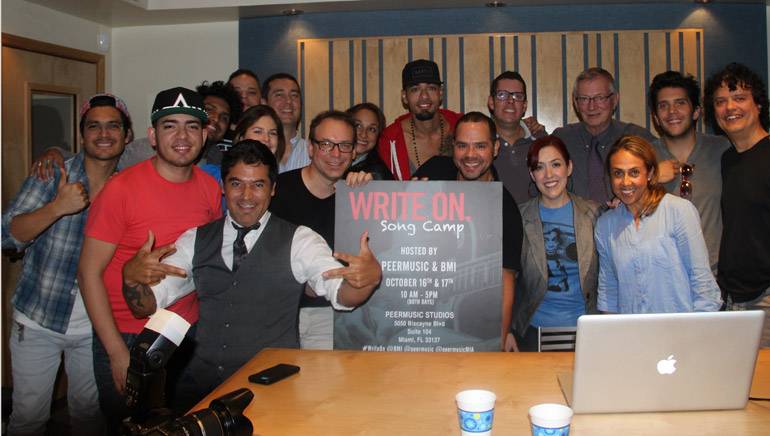 Broadcast Music, Inc. and peermusic presented a two-day songwriting camp on October 17 and 18 at the peermusic office in Miami. The camp was initiated as an opportunity for a select group of songwriters to come together in a comfortable environment and constructively work together on their craft. Songwriting participants included Alcover, Bruno Danzza, Gustavo Galindo, Cynthia Bagué, Juan Cristobal Losada, Junior Cabral, Linkon, Los Julca Brothers and Motiff.

During the event, writers worked in various groupings as they cultivated new collaborations, honed their skills, reunited with old friends and — most importantly — created a new collection of songs. Participants described the camp as a refreshing, exciting, inspiring and fun environment that enabled them to enhance their songwriting craft. For its closing finale, a playback session allowed the rotating pairings to share the results of their work.