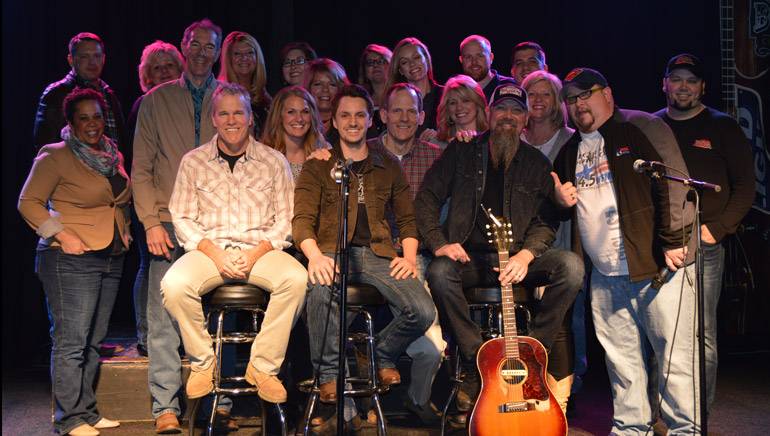 BMI once again partnered with Neuhoff Media and WFMB-FM (on 3/20/15) to present the 4th Annual “Behind the Hits- Songwriters for St. Jude’s,” a guitar pull featuring three award-winning Nashville songwriters with proceeds benefitting St. Jude’s Children’s Hospital. BMI songwriters Casey Beathard and Kendell Marvel and country artist Greg Bates entertained a large and enthusiastic crowd at Boondocks Pub, a BMI-licensed venue in Springfield, IL. Beathard, a two-time BMI Songwriter of the Year, played a slew of the number one hits he has written for such country stars as Kenny Chesney and Eric Church while Marvel played chart-toppers he has penned for Gary Allan, Jake Owen and Jamey Johnson. Bates performed the hits he recorded as an artist including the top ten smash “Did it for the Girl” and “Fill in the Blank,” as well as songs from his upcoming project. Neuhoff Media is a Central Illinois-based radio group with stations in Springfield, Danville and Decatur, Il.