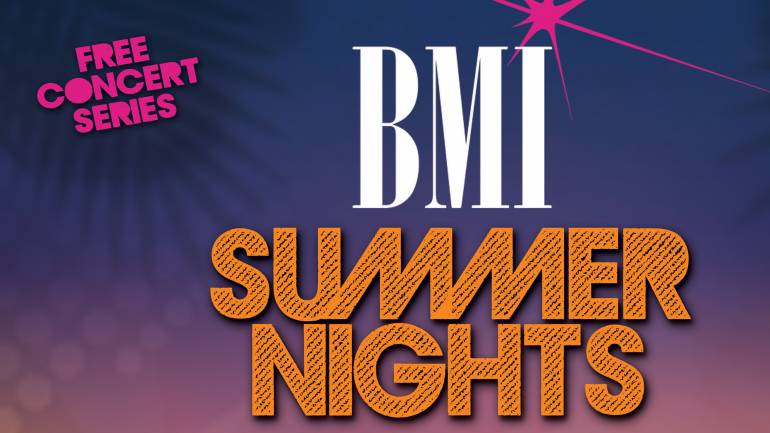 BMI and Levitt Pavilion are set to present “Summer Nights," a free Latin concert series to include performances by Mitre, Gustavo Galindo, Elsa Y Elmar, Nina Diaz, Vanessa Zamora, Suenatron, Hermanos Herrera, Villa 5, Natalia Clavier, and Elsten Torres. The four-concert series will kick off July 10 at Levitt Pavilion MacArthur Park with another installment there August 7, while the July 24 and August 21 concerts will be held at Levitt Pavilion located in Pasadena. Here’s the schedule:

Elsa y Elmar (@elsayelmar): A singer-songwriter whose music consists of a mix of innocence, passion, colors, rhythms, happiness, nostalgia, confusion, energy and above all, love…lots of love. On the heels of winning the Latin category of the esteemed John Lennon songwriting contest, she’s released “Sentimos Bien.”

Nina Diaz (@ninadiazmusic): The lead singer for the band Girl in a Coma, has been hailed by NPR as “one of the two or three most exciting, scary-good vocalists in rock today.” Diaz is known for her distinctive voice and powerful live performances. She is currently working on a new release.

Vanessa Zamora (@vanezamoraa): This Tijuana, Baja, California native has positioned herself as a steadfast interpreter of alternative pop which is reflective on her debut album, Hasta La Fantasia (To the Fantasy). Her emotive vocals coupled with personal lyrical style garnered her multiple nominations for IMA’s (Indie Music Awards) in Mexico.

Hermanos Herrera (@HermanosHerrera): A family group consisting of five brothers and their younger sister. The six valedictorian UCLA graduates play various styles of traditional Mexican music such as Son Huasteco, Son Jarocho, and musica norteña. They perform with an energetic style that is both passionate and exhilarating.

Villa 5 (@villa5oficial): These 5 siblings perfected their craft, performing at countless church, school, and community stages throughout their childhood. This real-deal family and band are not only gifted musicians, they are co-writers. The result of this special circle is the release of their debut album, Se Acabo El Amor. This release is a refreshing sound to traditional regional Mexican music.

Natalia Clavier (@nataliaclavier): A singer-songwriter from Buenos Aires who immersed herself in a world of music ranging from classical, jazz, Argentinian folk and pop. With the release of Every Time & Lumen, sheshowcases an array of songs ranging from love and lust to excitement and adventure.

Elsten Torres (@fulanosinger): This two-time GRAMMY-nominated, prolific, multiple chart-topping singer-songwriter resonates with his signature “Fulano” sound. A sprinkle of British pop, with a dash of Cuban troubadour roots and a chunk of Americana heartland soul, “Fulano” offers a distinctive breathe of fresh music developed through years of writing and performing all over the world.