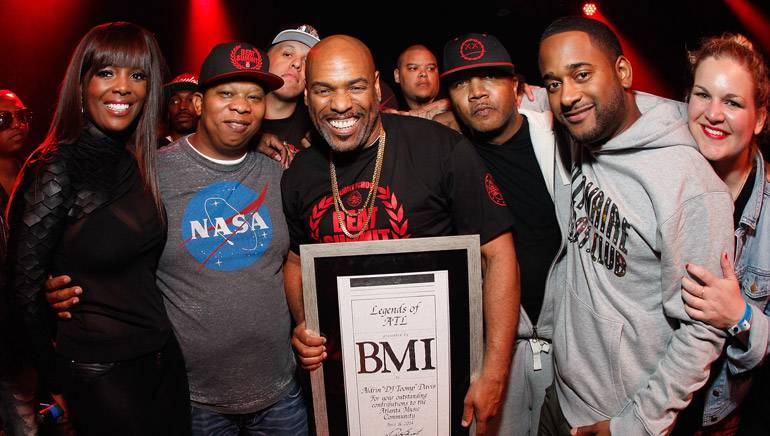 Broadcast Music, Inc. and production team Flight School presented “The Super Producers Beat Summit” on April 16 at Terminal West in Atlanta. The event featured legendary producers Mannie Fresh, DJ Toomp and KLC who participated in a beat battle that showcased some of their biggest hits. Attendees were also treated to a special guest, rapper T.I., who performed a few songs including the DJ Toomp produced, Grammy-winning hit “What You Know.” In addition, BMI presented the 9th annual Legends of ATL award to DJ Toomp. The honor is bestowed to a community leader recognizing his or her contributions to the Atlanta music scene.