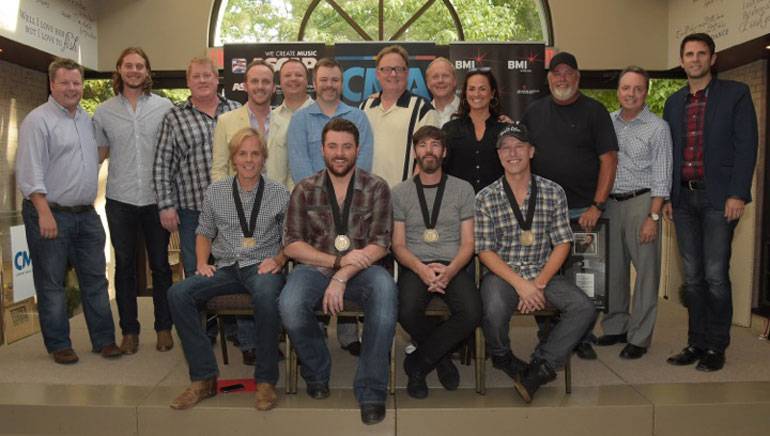 Broadcast Music, Inc. co-hosted a gathering of music industry guests at the Country Music Association office August 25, 2014, to celebrate Chris Young’s sixth #1 single, “Who I Am With You.”  Co-written by BMI songwriters Marv Green and Paul Jenkins, along with Jason Sellers, “Who I Am With You” is from Young’s most recent release, A.M.  This is the sixth #1 single for Marv Green, who has also penned hits such as Eric Church’s “Creepin,’” Lonestar’s “Amazed,” Reba’s “Consider Me Gone” and more. The song is the fifth chart-topper for Paul Jenkins, who also wrote Jason Aldean and Kelly Clarkson’s smash “Don’t You Want To Stay,” Blake Shelton’s “Over” and others. 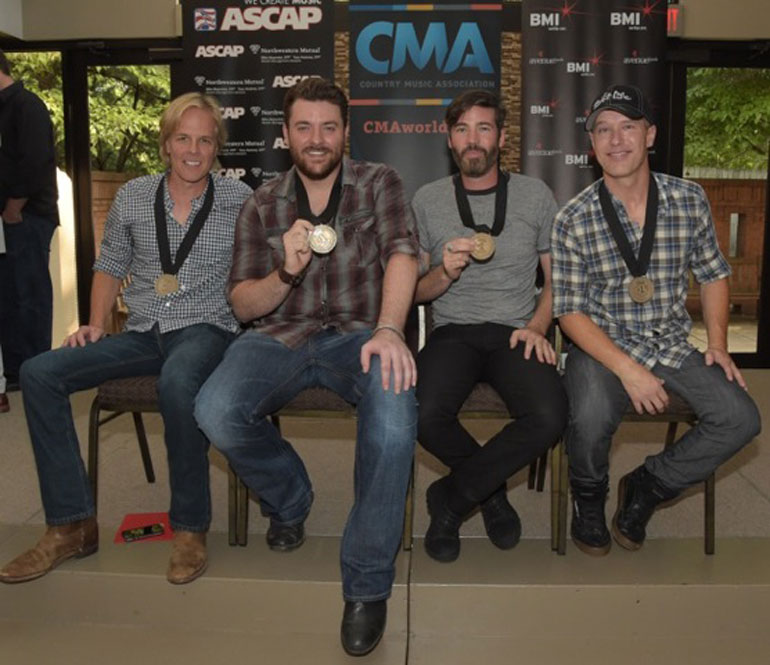