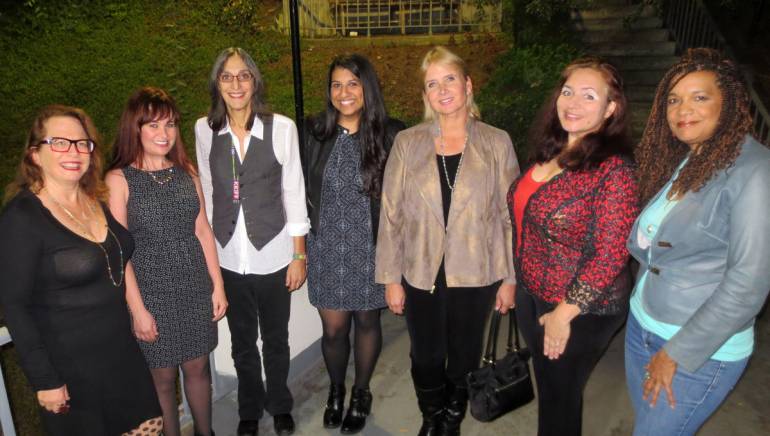 Broadcast Music, Inc. composers recently participated in the Society of Composers and Lyricists’ panel on “Women Composers in Film, TV, Musical Theater and Video Games” on October 15, 2014, in Los Angeles. Moderated by BMI composer Miriam Cutler, the panel included discussions of the work of female composers, the decisions that led them toward their career paths and tips for aspiring female composers. Among the featured panelists were Deborah Lurie and BMI composers Laura Karpman, Lolita Ritmanis, Penka Kouneva and Kathryn Bostic. Each panelist presented examples of her work, along with the inspiration behind the composition and personal career advice. BMI’s Reema Iqbal also attended the event.