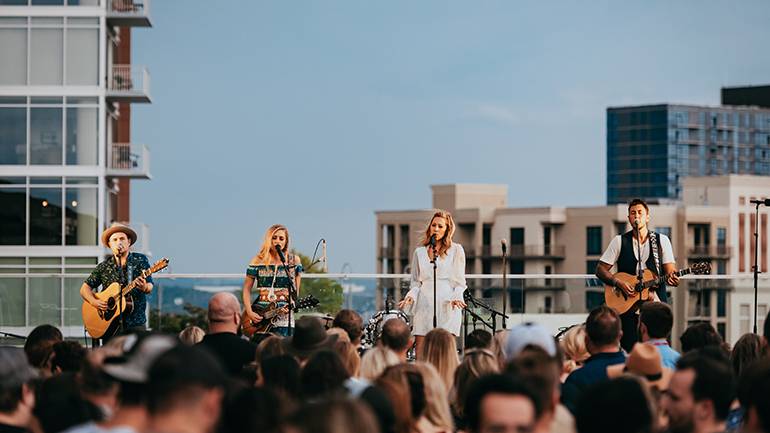 Despite storms looming on the horizon, the final evening of Rooftop on the Row for the 2019 summer season was packed with guests eager to hear from rising Country music acts Gone West and Mitchell Tenpenny. Long-time friends and co-writers Colbie Caillat, Justin Young, Jason Reeves, and Nelly Joy kicked off the night with their band, Gone West. The pair of married couples showed off their feel-good harmonies with a set including their self-titled track “Gone West” and a throwback performance of “Realize” from Caillat’s debut album, Coco. Mitchell Tenpenny closed out the series just before the rain hit with performances of his debut album title-track “Telling All My Secrets” and Number One hit “Drunk Me.”

Stay tuned for more information to come about the 2020 Rooftop on the Row season.