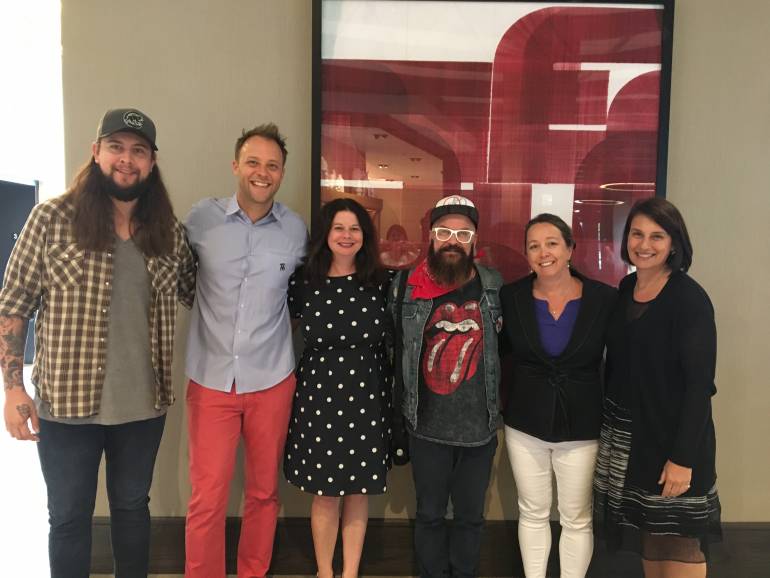 The International Society of Hotel Association Executives (ISHAE) held its summer conference recently (June 11-12) at the Omni Hotel at the Battery in Atlanta. The event, which was attended by executives from across the country who run the hotel and lodging trade associations for their respective states, was highlighted by a special performance by BMI singer-songwriter and Sony recording artist Angie Aparo. The Atlanta-based Aparo, wrote “Cry,” which garnered a GRAMMY for country star Faith Hill, “Big Time,” which was recorded by Big and Rich, as well as two songs on Tim McGraw’s 2012 release “Emotional Traffic.” Aparo also performed songs for the group from his newly released album Life is a Flower, Life is a Gun. Aparo is currently in development and slated to host a music reality TV show with Tim McGraw, entitled American B Sides.

The executives at the ISHA conference represent hundreds of hotels, motels, inns and B & B’s, many of which are BMI customers.