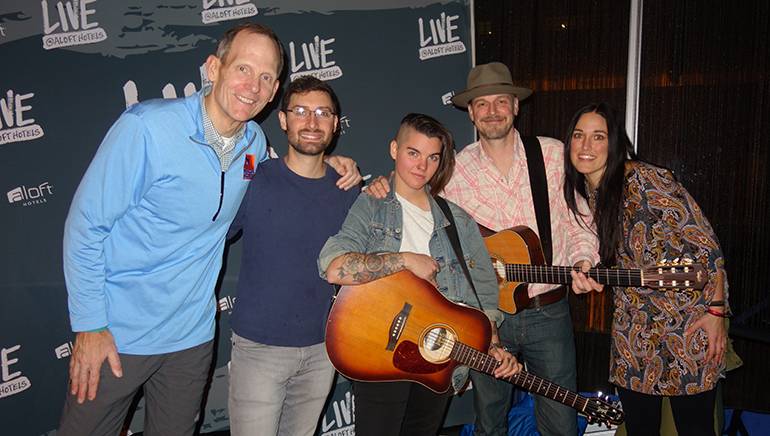 BMI and the Ohio Hotel & Lodging Association recently (11/11) collaborated with the Aloft Downtown Cleveland on a special songwriters showcase featuring 3 BMI songwriters with roots in the state. The show was headlined by Jason White, an award-winning BMI songwriter, who has a huge following in Northeast Ohio as the former lead singer of the legendary Cleveland rock band The Janglers, a group that toured extensively in the ‘90s. White now lives in Nashville as an independent artist and working songwriter who penned Tim McGraw’s # 1 hit “Red Ragtop” and Carrie Underwood’s “Choctaw County.” Aloft Hotels is part of Marriott International, a long time BMI customer.