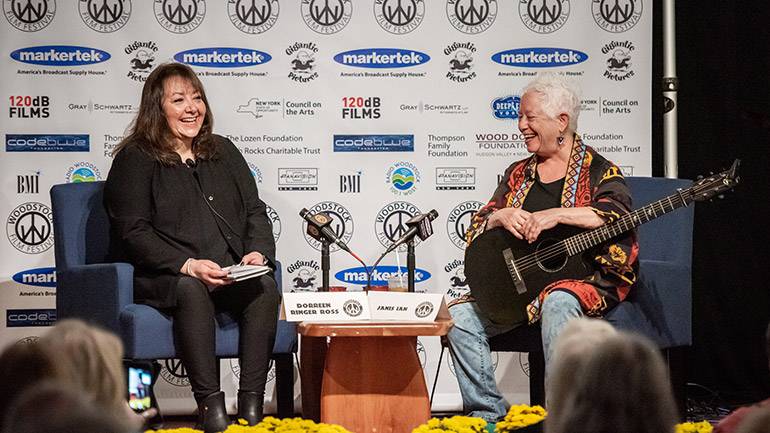 BMI’s Doreen Ringer-Ross and BMI singer-songwriter Janis Ian enjoy the conversation during their Q&A at the 2019 Woodstock Film Festival.

The Woodstock Film Festival, one of the premiere independent film festivals in the U.S, celebrated its 20th anniversary October 2-6, in NY with BMI’s Vice President - Creative Relations, Doreen Ringer-Ross, there to support BMI composers and songwriters and help mark the milestone. Since its inception, the festival has brought together thousands of filmmakers, film lovers, artists, and musicians with premiere screenings, panels, screenwriting workshops, a youth film lab, and more. Among the events this year, Ringer-Ross moderated a discussion with singer-songwriter Janis Ian, who left the audience spellbound with a live performance. She also attended a performance by Simon Shaheen and fellow musicians which was equally compelling after the opening night screening of Tarik Benbrahim’s documentary “Simon Shaheen: A Musical Journey.” In addition, Ringer-Ross hosted BMI’s annual dinner at Oriole 9, which was a celebration of the festival’s 20th anniversary.