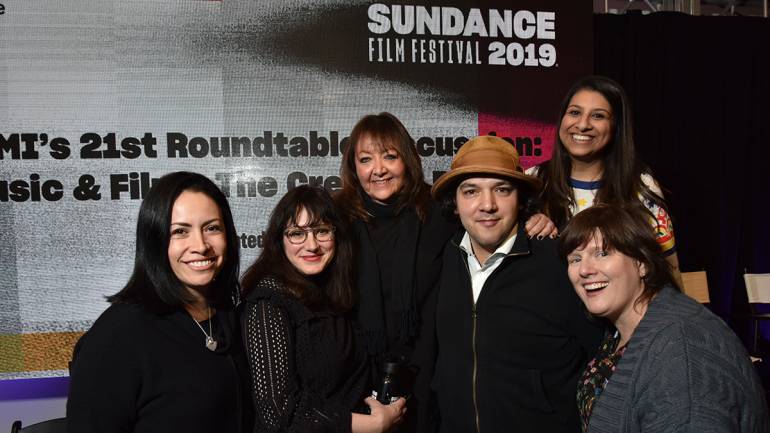 BMI proudly presented its 21st edition of “Music & Film: The Creative Process” at the 2019 Sundance Film Festival on Sunday, January 27, at the Kimball Arts Center in Park City, Utah. This year’s roundtable discussion included priceless moments from top BMI composers who shared their journeys in discovering and developing the sound of the characters they have scored throughout their careers. During the event, participating directors also added their insights, emphasizing the importance of including composers in the early production stages, allowing them to better learn the tone of the storyline. Additionally, the panelists opened the discussion up to budget challenges and their experiences with limited resources. The roundtable closed with BMI’s Vice President of Film, TV & Visual Media, Doreen Ringer-Ross, encouraging the attendees to apply for the Sundance Institute Film Music and Sound Design Lab, which gives emerging composers an opportunity for one-on-one mentorship.