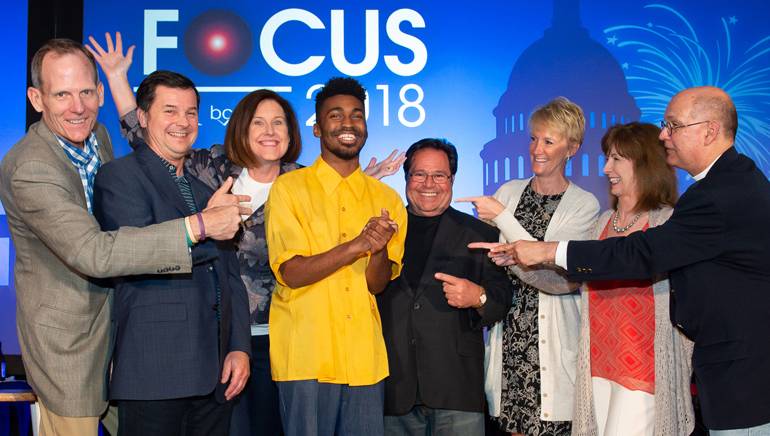 BMI music took center stage at a recent gathering of media financial executives in the Washington, DC area as BMI showcased two of its emerging singer-songwriters at Media Finance Focus, a three-day conference hosted by the Media Financial Management Association (5/21-5/23) at the Hyatt Regency Crystal City. R&B crooner DAVIE and up-and-coming country artist Julia Cole both performed in front of the top financial executives from the radio, television and cable industries. DAVIE and his music appeared in a Wild Turkey International TV campaign with Matthew McConaughey, and his songs have been placed in EA Sports Madden NFL 18, as well as on ESPN and NBC network programming. Julia Cole, fresh off a stint on the current season of American Idol, was recently named one of CMT’s New Artist Discoveries.