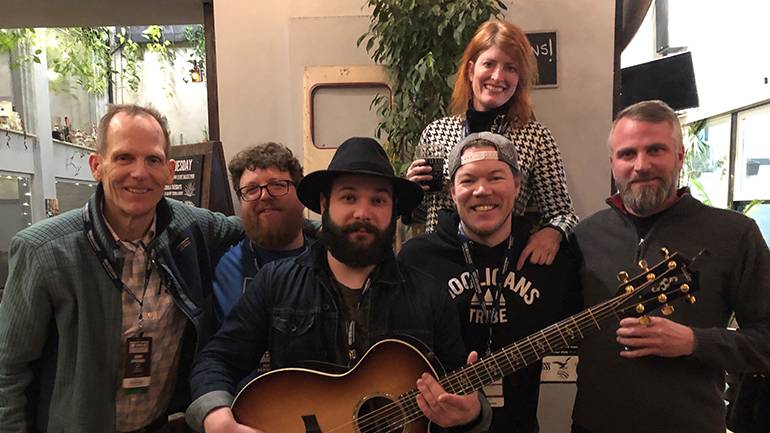 BMI joined forces with the Ohio Craft Brewers Association recently to sponsor an evening of great music at Toxic Brew Company in Dayton, featuring BMI singer songwriter Sam James. The special performance was in conjunction with the OCBA’s 6th annual conference and was attended by brewers from across the Buckeye State. James, who has written hit songs for Bebe Rexha and Galantis/Dolly Parton, was featured on both NBC’s Songland and The Voice.

Toxic Brew has been a strong supporter of live music and BMI songwriters since they opened in Dayton’s Oregon District in 2013. The OCBA was founded as a not-for-profit organization to unify the Ohio brewing community.