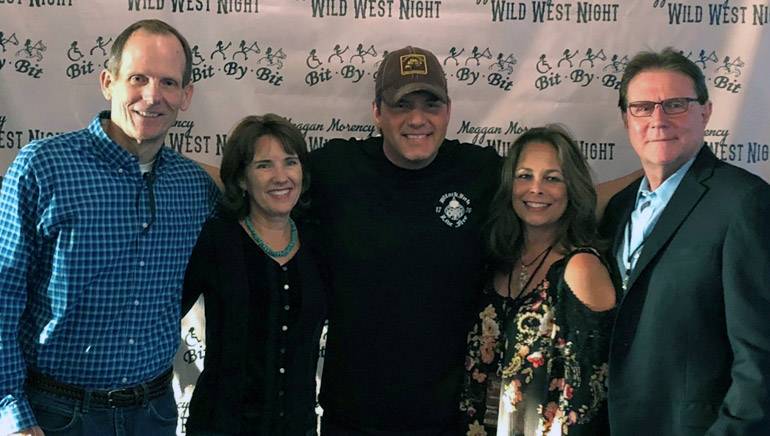 BMI was on hand recently (3/17) to help support Beasley Media executive Bob Morency’s effort to raise money in honor of his daughter Meggan, who passed away in 2003 due to injuries sustained while riding in an equestrian event. Morency, who is Beasley’s market manager in Boca Raton, Florida, created The Meggan Morency Wild West Night eight years ago, with proceeds of ticket sales going to Bit By Bit Therapeutic Riding Center. This year’s event featured a special performance by BMI songwriter and Curb recording artist Rodney Atkins, who has six #1 hits to his credit, including the 2006 single “Watching You,” which was named the number one song of the decade by Country Aircheck.