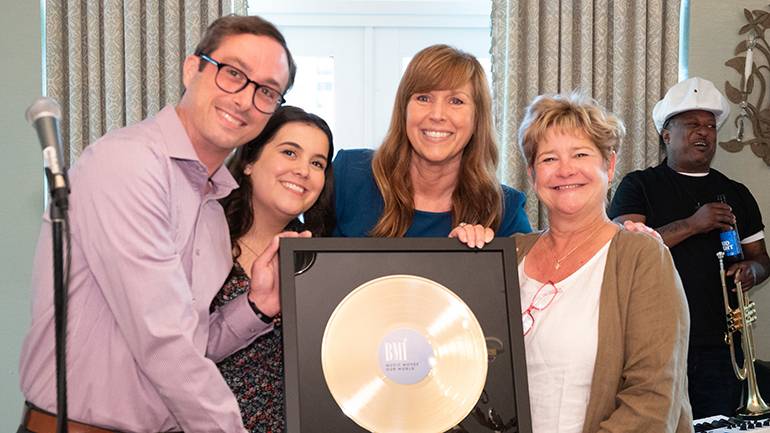 BMI was on hand recently, along with jazz trumpeter and BMI songwriter Kermit Ruffins, to celebrate the 75th Anniversary of the Louisiana Association of Broadcasters in New Orleans. At the event, held in June at the Hotel Monteleone in the French Quarter, BMI honored LAB President & CEO Polly Johnson with a gold record commemorating 75 years of dedicated service to Louisiana’s broadcasting industry. Ruffins, a longtime fixture in the New Orleans jazz scene, co-founder of the GRAMMY Award-winning Rebirth Brass Band and leader of his own band the Barbeque Swingers, had all in attendance dancing with his amazing renditions of New Orleans classics, including “On the Sunny Side of the Street” and “Iko Iko.” Founded in 1947, the Louisiana Association of Broadcasters promotes the interests of radio and television stations across the state.