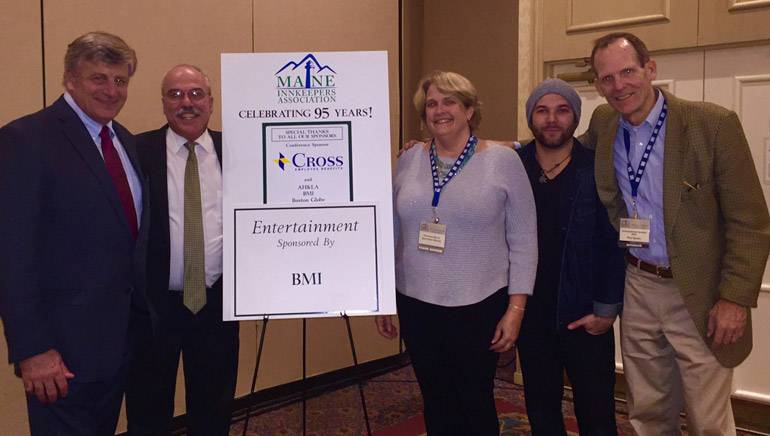 BMI helped hoteliers from across the Pine Tree State celebrate the Maine Innkeepers Association’s 95th anniversary (11/9) by sponsoring a performance from BMI singer-songwriter Sam James, who was a finalist on Season 3 of The Voice. The New England native performed several selections from his recently released EP Word of Life, and talked about songs he has penned for artists such as Wiz Khalifa and Akon. In addition to these achievements, James has opened for the likes of Andy Grammer, Gavin DeGraw and Chuck Berry, and his songs have also appeared on HBO and the NFL Network. The MIA’s Annual Conference was held in Portland and attracted a large group hotel owners and executives from all over the state.