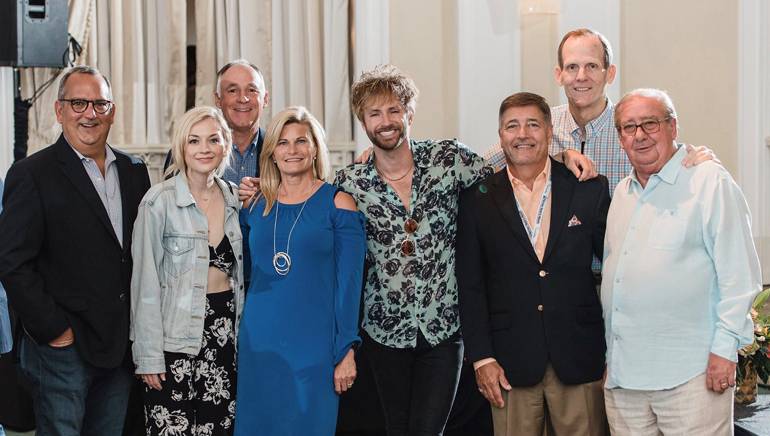 BMI proudly showcased a new singer-songwriter duo recently (6/27-28) at the Florida Association of Broadcasters annual conference, which was held at the Renaissance Vinoy Resort in St. Petersburg. The Sweetheart Deal, comprised of BMI songwriters Emily Kinney and Paul McDonald, performed for a packed house of radio and television executives from across the Sunshine State. Emily is known by many for her acting resume, having made her mark in TV with her memorable portrayal of Beth Greene in AMC’s The Walking Dead, along with major roles in the ABC shows Ten Days in the Valley and Conviction. Musically, she has a new solo album entitled Oh Jonathan coming out this summer and is planning on touring throughout the fall. Paul McDonald is a critically acclaimed songwriter who has had music featured in television and film (Twilight soundtrack, Parenthood) and has toured the country for over a decade with his different bands. He is most likely known for being a top finalist on the 10th season of American Idol, but over the years he’s shared stages with artists like Stevie Wonder, John Mayer, Emmylou Harris, and Tim McGraw and has performed on both Good Morning America and the Tonight Show.

The FAB advocates on behalf of Florida broadcasters and meets annually to update its members on the latest trends and developments in their industry.