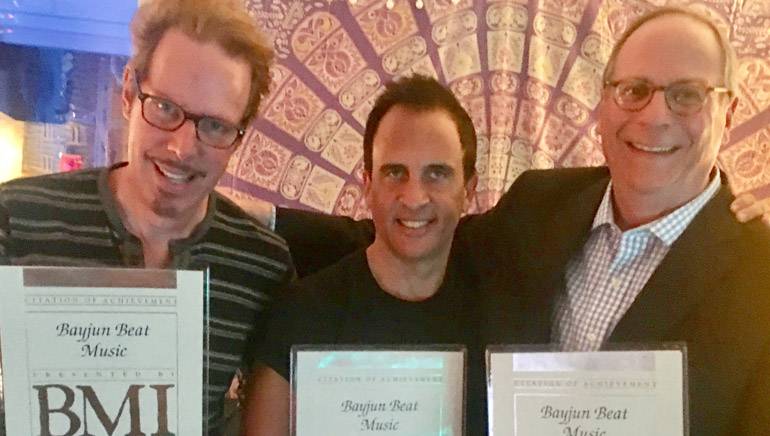 Bayjun Beat Music’s Carl Sturken (left) and Evan Rogers (center) are presented with BMI’s Publisher award by BMI’s Charlie Feldman for Usher’s “No Limit,” which was one of the most perfomed songs of the year.

Unable to attend BMI’s 2017 R&B/Hip-Hop Awards in Atlanta this past September, Bayjun Beat Music’s Evan Rogers and Carl Sturken received a visit from BMI’s Charlie Feldman this week at their studio in Bronxville, NY, and accepted their award recognizing the success of “No Limit.”

Beyond this accolade, Sturken and Rogers already have a distinguished history in the music industry. As songwriters and producers, the duo has more than 20 Top 40 hits to their name and have received several BMI Awards. The pair discovered Rihanna in Barbados, signed the young singer to their production company SRP Productions, got her signed with Def Jam, nurtured her career and brought her to BMI where she signed as a songwriter in 2005.