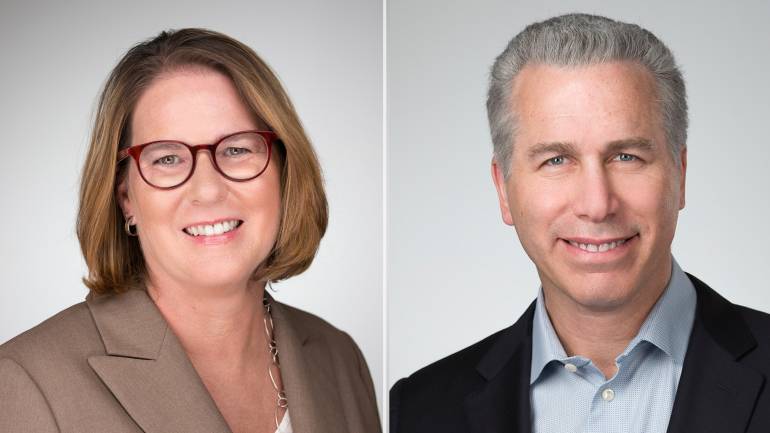 Mike O’Neill, President and CEO of BMI, today announced two key promotions within the company’s executive team. Alison Smith, SVP of Operations, Distribution and Administration, has been promoted to EVP, Distribution, Publisher Relations & Administration Services; and Mike Steinberg, SVP of Licensing, has been elevated to EVP, Creative & Licensing. Both promotions are effective immediately.

Smith’s and Steinberg’s new roles reflect a restructuring of BMI’s Writer/Publisher department following the retirement of Phil Graham, BMI’s SVP of Writer/Publisher Relations, who announced earlier this year that he is leaving the company after a distinguished 40-year career. Smith will now formally oversee the business and financial relationships with BMI’s publishers, while Steinberg will add oversight of the newly-named Creative group to his current portfolio.

O’Neill commented, “As the music industry continues to evolve it makes perfect sense to realign BMI’s internal teams to better meet the needs of our songwriters, composers, publishers and licensees. These new roles position BMI to build on the tremendous success of our creative and distribution teams, growing our relationships within the industry and creating even more impactful opportunities for both the music creators we represent and the businesses we partner with to deliver that music to the public.” He added, “Alison and Mike are two of the most talented executives I’ve had the pleasure to work with, and I look forward to their continued leadership as they elevate BMI’s efforts within the industry.”

In her new role, Smith will work closely with BMI’s publishers on their royalty distributions and administration needs, while streamlining the flow of information and developing new data streams, bonus structures and payment methodologies across all music delivery platforms. She will continue to oversee all of BMI’s domestic and international royalty distribution and administration services to its more than 750,000 members.

Steinberg will lead the newly-named Creative group, which will encompass BMI’s songwriter and composer teams in Atlanta, Los Angeles, Nashville, New York, Puerto Rico and London, as well as the company’s Strategic Partnership division. He will continue to oversee BMI’s Licensing organization, driving all of BMI’s domestic revenue. In addition, Steinberg plans to hire a Senior Vice President of Creative, a new position that will lead the group’s senior executives and help build on their successful work developing and guiding the careers of BMI’s unmatched roster of established and developing talent.

In her role as SVP of Operations, Distribution & Administration Services, Smith has overseen record royalty distributions to BMI’s affiliates and spearheaded the development and creation of multiple online tools to assist with their distribution records. She also created the company’s administration services department. Smith began her career working as an assistant in BMI’s Nashville office and has subsequently held multiple roles of increasing responsibility throughout her 31-year tenure at the company. She is the recipient of numerous industry honors, including being named one of Billboard’s top “Women in Music.”

In his role as SVP of Licensing, Steinberg oversaw the diversification of BMI’s revenue streams and led the company to record revenue growth in each year of his tenure. He joined the company in 1996 as the Assistant Vice President of Business Affairs and Licensing and continued to take on greater management responsibilities within the Licensing department, culminating with his promotion to SVP of the group in 2011. Prior to BMI, Steinberg held positions in television distribution and the private practice of Law after earning his J.D. from Fordham University School of Law.