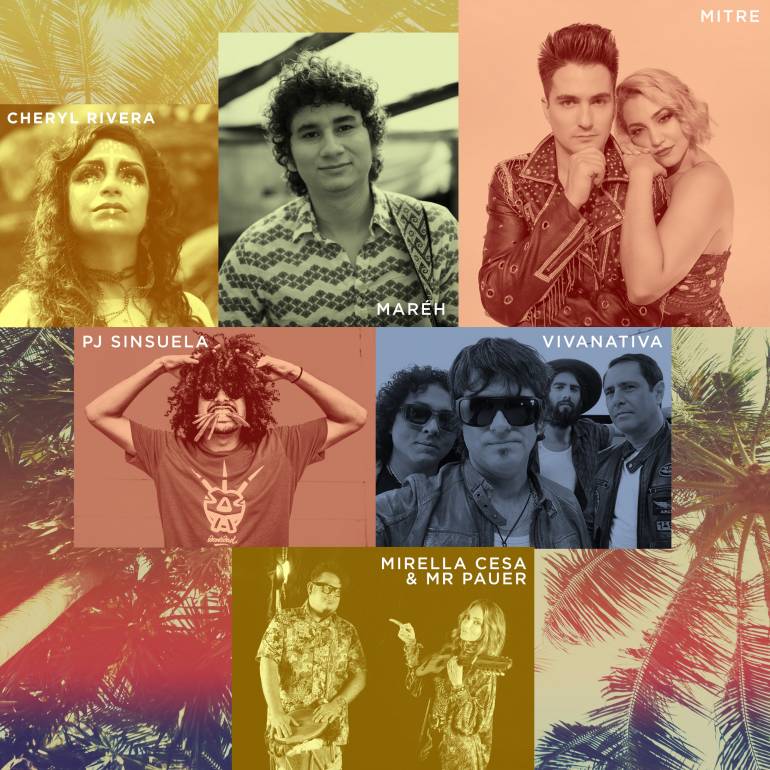 “BMI is proud to be one of the sponsors of the LAMC conference, which features the best in Latin music,” said Joey Mercado, BMI Executive Director, Creative, Latin Music. “New York City has such a rich musical history, and this showcase will give fans and industry executives alike an opportunity to tap into that and hear what’s trending in Latin music, such as incorporating elements of rock, hip-hop, electronic and other genre-bending music.”

The BMI showcase will celebrate a diverse selection of cumbia, rock, pop, folk, alternative, jazz and other Latin sounds, and is intended to provide an exciting and eclectic night of music. The showcase begins at 6:00 p.m. and is free of charge. Attendees must be 21 years of age with valid identification.

6:00 PM – Maréh, also known as Federico Galvis, is a multi-instrumentalist singer/songwriter hailing from Colombian city of Cali and has a sound that melds pop, jazz, and reggae. Since beginning his career in 2014, Maréh has shared stages with artists such as Cultura Profética, Aterciopelados, and Julieta Venegas, among others. He’s toured Argentina and Uruguay (2015) and Mexico (2017) and this year, released his first independent solo album, Amuleto, produced by Cuban musician Julio Ramirez and includes collaborations with Vincente Garcia, Monsieur Perine and Elkin Robinson. @mareh.music

6:30 PM – Cheryl Rivera is a Puerto Rican bohemian folk singer/songwriter known for her distinctive voice and her use of different Latin American styles, including jazz, bossa nova, folk, and bohemian music. Cheryl is preparing to release her first album, for which she’s written all the songs. Her new single, “Matria,” is an ode to our collective union with Mother Nature, reminding us of our connection to the earth and the seasons. @cherylriveramusica

7:15 PM – Mitre is a duo consisting of singer/songwriter and producer Luis Mitre, who hails from Mexico City, and singer/songwriter Andie Sandoval, from Culiacan, Sinaloa. Their music is a perfect mix of spaghetti western, cumbia, pop, world music and traditional Mexican music. Mitre made their debut on the main stage of the 2016 Hollywood Forever Día de los Muertos festival, and a year later they released their first single, “Los Santos del Amor.” @mitremusic

8:00 PM – Mirella Cesa & Mr. Pauer Mirella Cesa has made a career for herself over the past 11 years in Ecuador by sending 15 singles up the charts in the Andi-pop genre. She was named Ecuador’s best artist by the radio network Los 40 Principales España, and received nominations by HTV’s Latin Heat Awards for Breakout Artist in 2015 and Best Female Artist in 2016 and 2017. Throughout her career, she has opened for Elton John, sang at Julio Jaramillos’ induction into the Latin Songwriters Hall of Fame in Miami and collaborated with many other artists. Mirella is the first Ecuadorian to win a Gaviota de Plata award at Viña del Mar song fest in Chile. @mirellamusic

Mr. Pauer is a Latin GRAMMY® Nominated artist and producer from Venezuela, based in Miami, FL. He is considered as one of the pioneers in the new sound of Latin electronica. He received recognition for his debut album “Soundtrack,” which earned him a Latin GRAMMY® nomination for “Best Alternative Album.” Mr. Pauer is the creator of his signature sound generated in Miami called “Electrópico,” which is a fusion of electronic dance music, which combines various music genres including Salsa, Zouk, Reggae, Cumbia, Dancehall, Merengue and Kuduro. @mrpauer

8:45 PM – Vivanativa is a Puerto Rican rock band formed by Javier Hiram Gomez and Nabeel Abdulrahman in 1997. The ensemble has created an alternative sound of classic rock, funk, and blues throughout their six albums and have shared the stage with Van Halen, Draco Rosa, Aerosmith, Bon Jovi, Mana and Ricky Martin. Vivanativa’s high energy and great chemistry has positioned them as one of the best live acts in Puerto Rico. The band is currently recording their seventh album, slated to be released in September 2018. @vivanativa

9:30 PM – PJ Sin Suela, also known as Pedro-Juan Vázquez Bragan, is a Puerto Rican singer/songwriter, is a published author with a doctor of medicine degree. He attended Villanova University, where he wrote and recorded six songs before entering med school. After his music quickly gained popularity on SoundCloud, PJ put his 13 songs into a mixtape called Letra Pa’ Tu Coco, which eventually brought him to Puerto Rico’s main stages. He is currently working on his debut album. @pjsinsuela 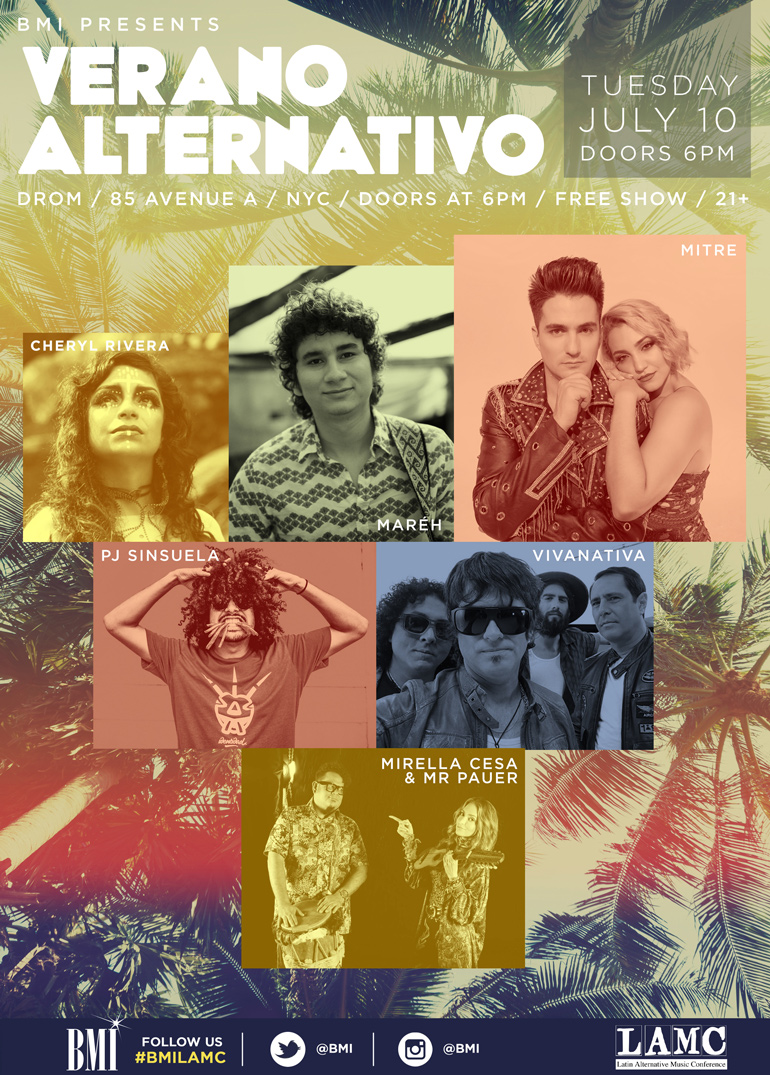