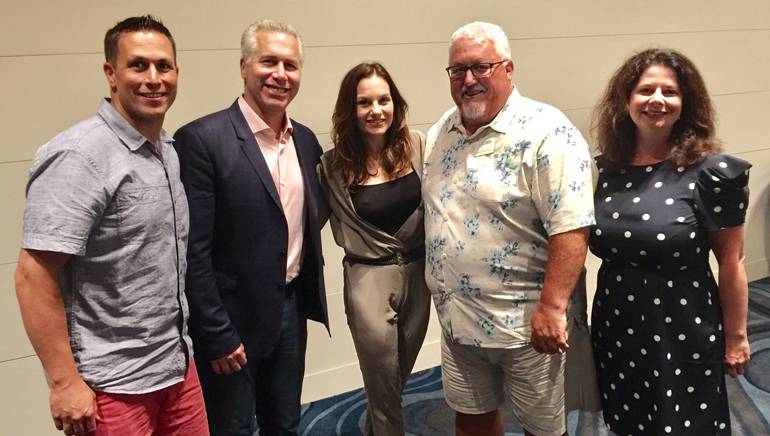 GRAMMY-nominated BMI songwriter Kara DioGuardi took center stage as the featured entertainment at the annual Council of State Restaurant Associations Summer Marketing and Membership Conference held recently (7/20/17) at the Cliff House in Cape Neddick, ME. The Maine resident entertained the audience of state restaurant association executives by singing and telling the stories behind the smash hits she wrote for such pop superstars as P!nk, Kelly Clarkson, Britney Spears, Christina Aguilera, Miley Cyrus, Carrie Underwood and Gwen Stefani.  DioGuardi, who is known by many for her time as a judge on American Idol, recently founded “Inspired Nation,” a charity created to foster young talent, build community and raise money and awareness through regional vocal competitions.

CSRA represents State Restaurant Associations in all 50 states and its goal is to foster goodwill and promote the success of SRAs and their members.