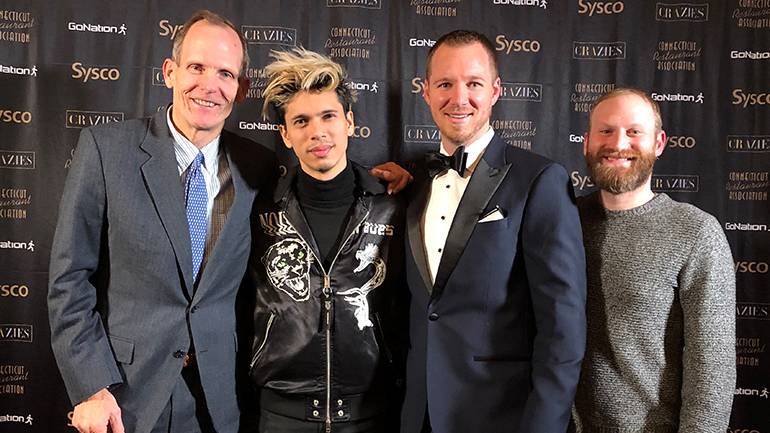 The 2nd annual CRAzies Awards were held recently at Foxwoods Resorts Casino in Connecticut and BMI was there to help take the event to the next level by providing the musical entertainment at the afterparty held at Shrine nightclub. The CRAzies Awards dinner is hosted by the Connecticut Restaurant Association and is a yearly event designed to recognize the best of the best in the state’s restaurant industry. Following the dinner, BMI songwriter Spencer Ludwig brought his unique brand of pop dance music to the after party. Ludwig is an accomplished trumpet player and producer who fuses jazz and pop to create an energized sound that sent the restaurateurs to the dance floor where they stayed late into the evening to celebrate excellence in their industry. The Brooklyn, NY- based artist has had his music appear in Target and Royal Caribbean commercials and has toured with the likes of Bebe Rexha, The Chainsmokers and Jason Derulo. In addition, he landed four back-to-back global modeling campaigns with Tommy Hilfiger this past year as the new face of the brand.