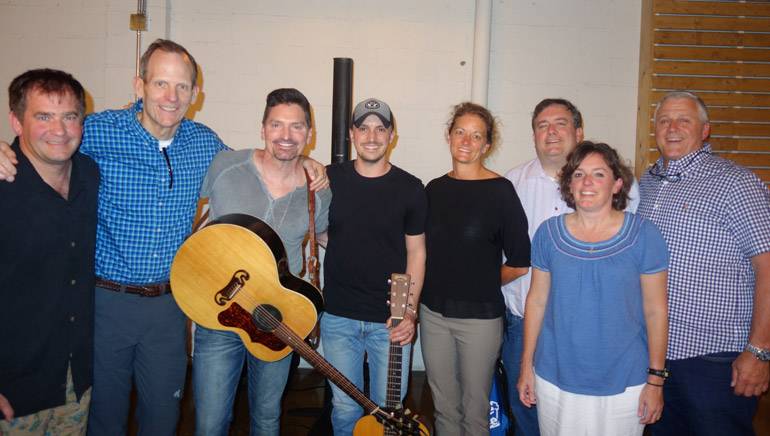 BMI partnered with the outgoing Board Chair of the Ohio Restaurant Association to create a special day for his colleagues at White Castle during their annual company meeting held recently (6/21/18) in Nashville. Lending their expertise were award-winning BMI songwriters Greg Bates and George Ducas, who enthusiastically led a songwriting exercise with the children of the White Castle corporate staff by splitting up the group into two teams and having them write songs about the fabled hamburger chain. Later that evening, the children performed their White Castle tunes for the group before all were treated to a songwriter-in-the-round performance by Ducas and Bates, who sang their hits and told the stories behind their songs. Ducas’s credits include hits for country artists such as Sara Evans, The Eli Young Band, Garth Brooks and George Jones, while Greg Bates, a Nashville native, is not only an accomplished songwriter, but also had a top 5 hit as a recording artist with Big Machine Records.

The event was the brainchild of Jamie Richardson, White Castle’s VP of Corporate Relations and the Immediate Past Board Chair of the Ohio Restaurant Association, which is an important partner of BMI. White Castle is a family owned company that has been making hamburgers since 1921. They gather as a family once a year for a company-wide meeting.