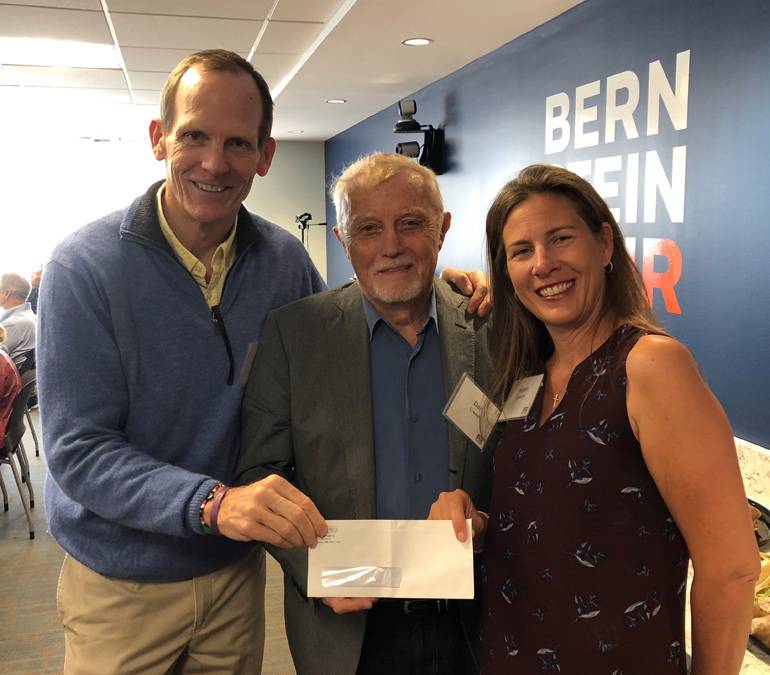 BMI partnered with Geary’s Brewing recently to raise money for the Bob Crewe Foundation, an organization that provides support in the fields of fine arts and music by empowering aspiring artists and underserved youth to pursue, develop and realize their talents and goals while supporting the rights of the LGBTQ community. BMI brought in Nashville songwriters Danny Myrick and Kendell Marvell to perform at the Portland, Maine-based brewery with proceeds from the show benefitting the Foundation. Bob Crewe, who passed away in 2014, was famously known for creating the sound behind the worldwide sensation, the Four Seasons, penning a string of hits including “Walk Like A Man” and “Rag Doll.” He was also the lyricist for the Broadway show and movie The Jersey Boys, based on the history of the same band. His biggest hit, “Can’t Take My Eyes Off You,” has the distinction of being one of BMI’s “Million-Air Songs” and has received more than 10 million performances. Geary’s Brewing is a BMI customer and has the distinction of being New England’s first craft brewery.