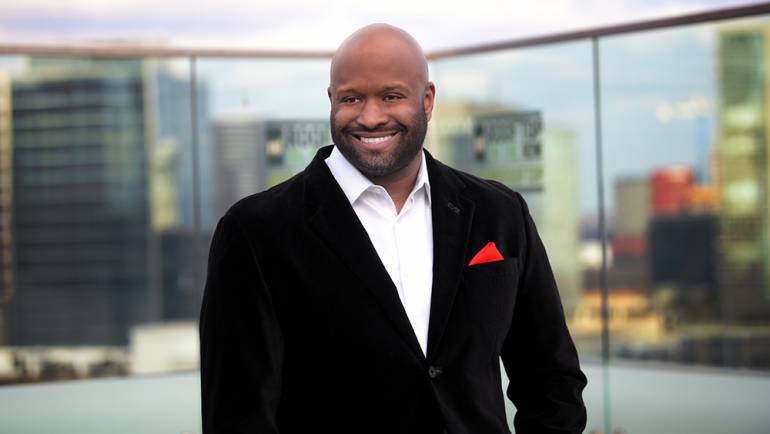 The album, which is more than 150 years in the making, is a collection of 12 songs that beautifully represents and communicates the powerful and vibrant history of Fisk University, Fisk Jubilee Singers, and the city of Nashville. It features the group from the stage of Nashville’s historic Ryman Auditorium, with guest appearances by Ruby Amanfu, Keb’ Mo’, Lee Ann Womack, The Fairfield Four, Rod McGaha, Derek Minor, Shannon Sanders, Rodney Atkins, Jimmy Hall and CeCe Winans, and was produced by Shannon Sanders, Paul Kwami, Jim Ed Norman, and Mike Curb.

“I am both humbled and honored to be a part of this historic moment,” said Sanders, who has garnered two other GRAMMYS previously as a producer for Best Rock or Rap Gospel Album for Turn Around and Best R&B Album for Voyage To India in 2007 and 2003, respectively.

Congratulations, Shannon, on this incredible achievement!