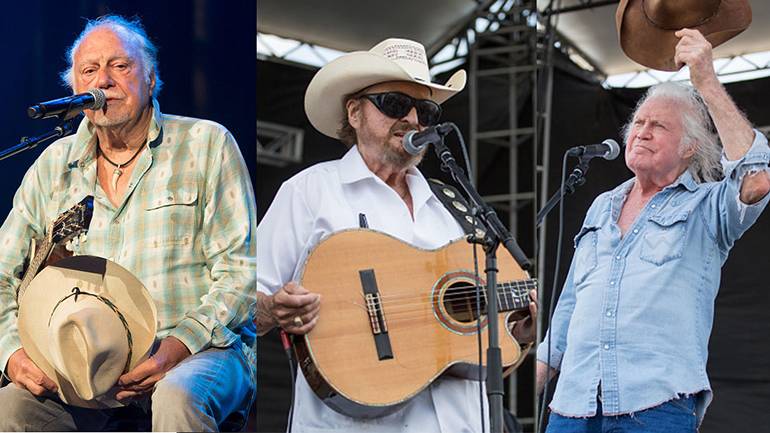 BMI is saddened by the passing of three Outlaw-Country pioneers, Billy Joe Shaver, Jerry Jeff Walker and Johnny Bush. Shaver was the writer of some of country music’s greatest songs, including “Honky Tonk Heroes,” “Georgia on a Fast Train,” “Old Five and Dimers Like Me,” and “Live Forever.” Along with unforgettable recordings of his songs by Kris Kristofferson, Johnny Cash, Elvis Presley and many other icons, Shaver was the scribe behind nine out of the 10 songs on Waylon Jennings’ legendary album, Honky Tonk Heroes. In 2014, on his final album, he released the duet “Hard to Be an Outlaw” with long-time friend Willie Nelson, who called him “the greatest living songwriter.”

Another mainstay of the Texas outlaw movement has been lost as well – singer/songwriter Jerry Jeff Walker, the writer behind the iconic song “Mr. Bojangles.” The waltzing ballad, which is about an old street dancer Walker met in a New Orleans drunk tank, was first recorded by Walker in 1968, but catapulted into the pop Top 10 in 1971 with the Nitty Gritty Dirt Band. Soon becoming an indelible staple in music history, dozens of covers followed by other legendary songwriters, including among them, Neil Diamond and Bob Dylan.

As a singer, Walker also gave voice to a number of definitive Texas outlaw recordings, including the brawling anthem “Up Against the Wall, Redneck Mother,” while his “London Homesick Blues” later became the theme song of Austin City Limits.

Johnny Bush, whose rowdy “Whiskey River” became a signature song for Willie Nelson, has also passed. Bush, who earned the nickname “the Caruso of country,” for his distinctive, vibrato-heavy tenor was also a drummer, guitarist and fiddler. In addition to having written such an iconic tune for Nelson, he recorded a string of country covers including “I’ll Be There,” “You Gave Me a Mountain,” “Undo the Right” and “What a Way to Live.”

Shaver, Walker and Bush will be remembered by their BMI family for all they contributed to the Texas music scene, Nashville, and country music overall.