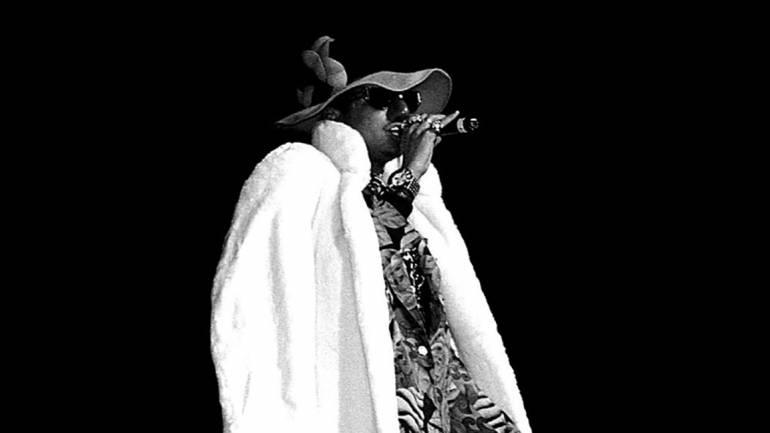 BMI is saddened to learn of the death of rapper/songwriter/producer Shock G, who passed away Thursday at age 57. Born Gregory Jacobs, Shock G founded the groundbreaking Bay Area hip-hop collective Digital Underground in 1987, a band whose early singles helped branch the genre out to a wider audience via anthemic singles like “The Humpty Dance,” “Dowhutchyalike,” “Same Song,” “Kiss You Back” and many others.

In the guise of alter-ego Humpty Hump, Shock G helped infuse a more light-hearted, inclusive approach to hip-hop, closely modeling the band’s sound and aesthetic in the tradition of funk forebear like Parliament and Funkadelic. Rife with samples from beloved P-Funk classics, Digital Underground albums like Sex Packets and Sons of the P paid homage to storied funk pioneers like George Clinton, Bernie Worrell, Fred Wesley and Bootsy Collins, artists whose music greatly informed the still-burgeoning genre. Both fun-loving and forward-thinking, Shock G also gave Tupac Shakur his first placement, with Digital Underground acting as the launchpad to the storied rapper’s career. In 1993, Shock G produced Tupac’s breakout single, “I Get Around.”

A versatile musician (he played keyboard parts on Digital Underground albums under the alias Piano Man), Shock G also produced tracks for other artists like Monie Love, Bobby Brown, No Face, KRS-One and Prince. Beyond his work with Digital Underground and other artists, Shock G released a solo album in 2004, Fear of a Mixed Planet, that showcased both his signature sense of humor and his socially conscious side.

Shock G will be missed by his friends, fans and family at BMI.