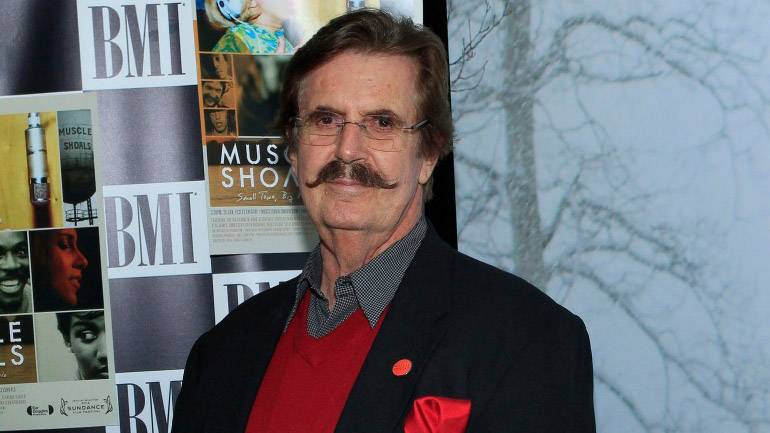 BMI is saddened to learn of the passing of one of our legendary affiliates, songwriter, music publisher and producer Rick Hall, who died Tuesday, January 2, at age 85.

Hall guided FAME studios and its robust staff of in-house songwriters through a series of successful permutations, working with a host of different artists from all over the R&B, pop and country spectrums in the 60s and70s. He was nominated for a Producer of the Year GRAMMY award in 1970 and Billboard named him the Producer of the Year in 1971. The Alabama Music Hall of Fame inducted him in 1985, citing him as the “Father of Muscle Shoals Music.” He was awarded the GRAMMY Trustees Award in 2014.

In 2013, a documentary film entitled “Muscle Shoals” was released that underscored the singular impact FAME Studios had on popular culture and music history, featuring emphatic testimonials from artists as diverse as Steve Winwood and Keith Richards through Alicia Keys and Bono. Hall’s contributions continue to loom large on contemporary music as new generations of songwriters discover the incomparable Muscle Shoals legacy.

Rick Hall will be greatly missed by his friends and fans at BMI.