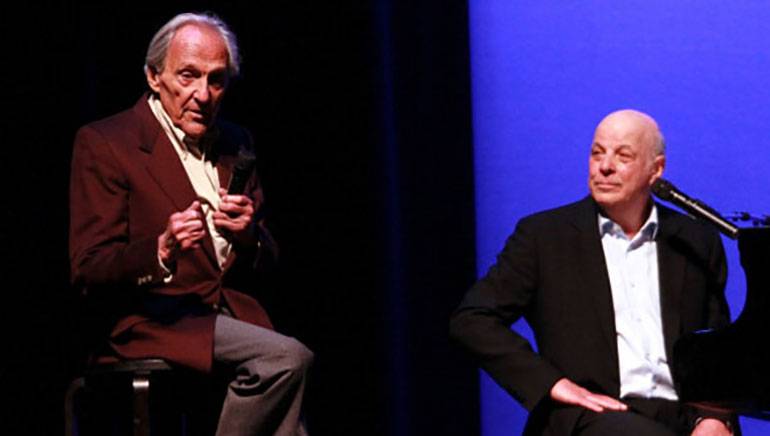 BMI was greatly saddened to learn of the passing of renowned BMI songwriter Norman Gimbel, who died on December 19 at the age of 91. The lyricist is most known for his work in the fields of film and television, wherein he wrote the beloved themes to countless series like Laverne & Shirley, Happy Days, The Paper Chase, Wonder Woman, H.R. Pufnstuff and many more. Other popular titles of Gimbel’s include such perennial standards as “Sway,” “Canadian Sunset,” “Summer Samba,” “The Girl from Ipanema,” “Kiling Me Softly with His Song,” “Meditation” and “I Will Wait for You,” many of which he wrote with his longtime collaborator, composer Charles Fox.

Upon hearing of his friend’s passing, Fox released a statement extolling the merits of his beloved colleague’s gift for lyricism. “It was my great good fortune to meet Norman in 1970 and begin our work together. I had been hired to write the songs and score for Sid and Marty Kroft’s Universal motion picture Pufnstuff, and I needed a lyricist partner for the songs. Our mutual friend at BMI, Ron Anton, introduced Norman and me via the telephone when I was in New York and Norman was in Los Angeles. Ron said that he thought we’d be good collaborators in songwriting. Boy was he right!”

“Norman’s words stay with you forever,” Fox continued, “because they’re rooted in unique and beautiful expressions that are true to the human spirit.”

Gimbel won an Best Original Song Award at the 1979 Academy Awards for his song “It Goes Like It Goes,” which he co-wrote with composer Davie Shire for the motion picture, Norma Rae.

A truly gifted and prolific writer, Gimbel will be greatly missed by his friends and fans at BMI.