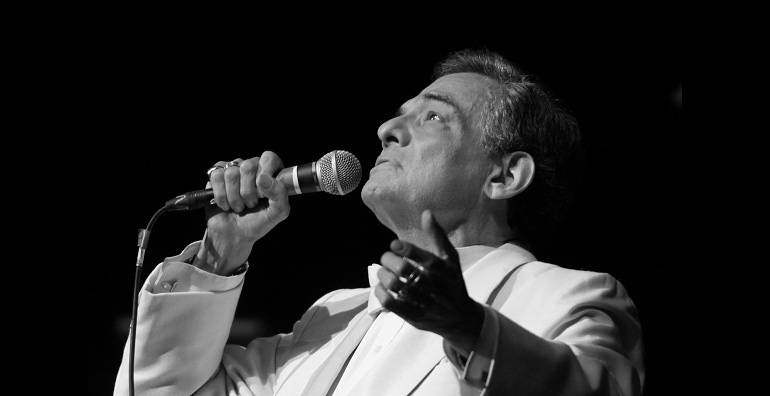 BMI is mourning the death of legendary Mexican singer/songwriter/actor José José, who passed away Saturday, September 28, at the age of 71. A titan of the Latin music community and a longstanding BMI affiliate, José José, whose real name was José Rómulo Sosa Ortiz, pursued a highly influential career that spawned four decades and earned him the title El Príncipe de la Canción (The Prince of Song), for his resonant tenor vocal ability and dynamic musical versatility. While versed in a host of different styles and genres – from jazz and bossa nova through pop, bolero and mariachi – José may be most renowned as a balladeer, with heartfelt songs like “La Nave del Olvido,” “40 y 20,” “Gavilán o Paloma” and “El Triste,” among many others, cementing the Mexico City-native’s status as a consummate hitmaker.

As the child of professional musicians, José devoted his life to music, and was duly and repeatedly recognized for his tremendous contributions. He was inducted into Billboard’s Latin Music Hall of Fame in 1997 and received the Excellence Award at the 2002 Lo Nuestro Awards in 2002. That same year, he was also inducted into the International Latin Music Hall of Fame. José received the Personalidad del Año (Person of the Year) by the Latin GRAMMY Award Recording Association, and was honored by the Latin Recording Academy with a Lifetime Achievement Award in 2004 and as Person of the Year in 2005. He also received multiple GRAMMY and Latin GRAMMY nominations throughout his career. Billboard further celebrated him several times with the Mejor Artista Latino (Best Latin Artist) and Mejor Disco Latino (Best Latin Album) awards and, in 2013, gave him the Billboard Latin Music Lifetime Achievement Award.

José was also slated to be honored at the upcoming 7th annual La Musa Awards, with the Living Legend Award. He will be greatly missed by his many fans and friends at BMI.