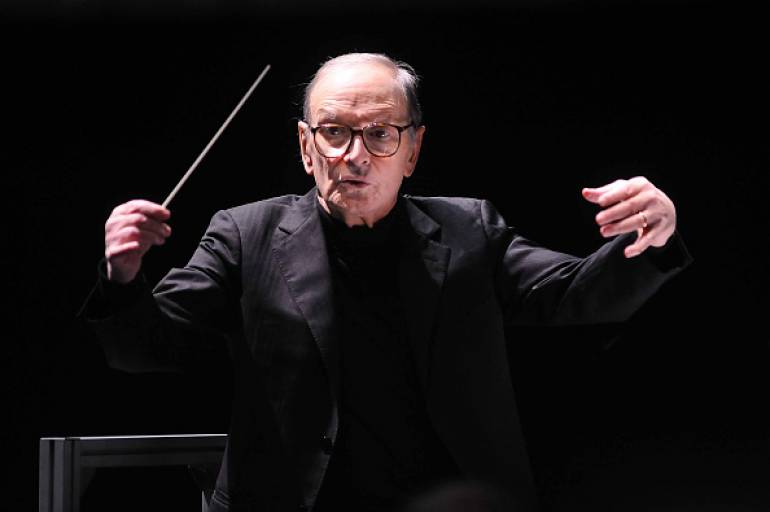 The world of film music lost one of its true titans today when legendary Italian composer Ennio Morricone passed away in Rome at the age of 91. An innovative music creator, Morricone penned the scores to over 500 films, working alongside countless prominent directors, from Bernardo Bertolucci, Barry Levinson and Terrence Malick, to Brian DePalma, John Carpenter, Quentin Tarantino, and many more.

In the U.S., Morricone is inarguably most renowned for his signature themes to Sergio Leone’s spaghetti western classics like The Good, The Bad & The Ugly, Once Upon a Time in the West, A Fistful of Dollars and For A Few Dollars More, to name a few. As integral to those films as the actors and storylines that otherwise defined the genre, Morricone’s hauntingly atmospheric music — rife with orchestral drama, crackling sound effects and reverberating electric guitars — frequently upstaged all other elements of the productions, forging an inimitable style that has since influenced legions of composers.

Beyond that genre, Morricone was a tirelessly prolific composer who worked across the cinematic spectrum. Some of his other celebrated titles include Days of Heaven, The Thing, La Cage Aux Folles, Frantic, The Untouchables, Cinema Paradiso and many others. A six-time Oscar nominee and 2016 Oscar winner for Best Original Music Score, Morricone also won two Golden Globes and four GRAMMYs.

Ennio Morricone was a globally beloved figure of film music, and he will be greatly missed by his friends and admirers at BMI.