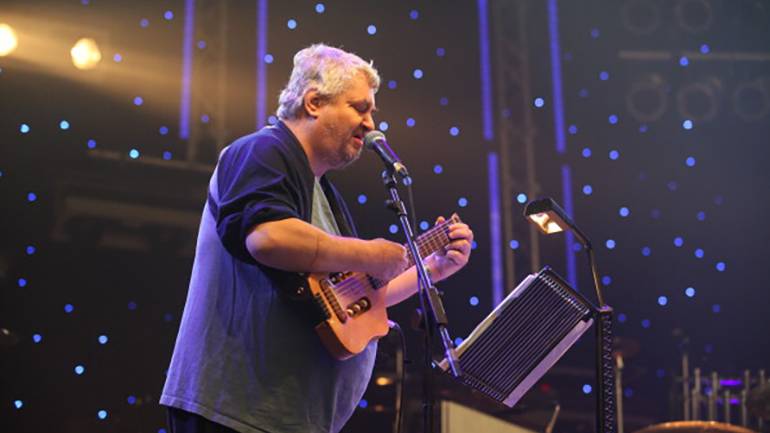 BMI is saddened by the loss of celebrated American singer/songwriter Daniel Johnston, who passed away on September 11 at his home in Waller, Texas, at the age of 58. A pioneering figure in the lo-fi indie scene and a BMI affiliate since 1986, Johnston occupied a distinctive niche with his singular brand of enigmatic, bare-bones songwriting that informed and inspired legions of independent, underground and alternative bands of the past few decades.

Usually utilizing little more than rudimentary accompaniment by way of piano, chord organ and acoustic guitar, Johnston’s signature songs like “Walking The Cow,” “Speeding Motorcycle” and “True Love Will Find You in the End” came to listeners via whimsically illustrated, self-released cassettes he put out through his own publishing company and label, Eternal Yip Eye Music. While sparse and recorded with minimal studio production, Johnston’s intimate compositions are at once childlike, humorous and disarmingly surreal, punctuated by both the songwriter’s inimitable wit and fragility. His songs have been covered by artists as diverse as Yo La Tengo, The Flaming Lips and The Dead Milkmen through Tom Waits, Wilco and Beck, and the story of his boldly uncommon career was told in the award-winning 2005 documentary, The Devil and Daniel Johnston, directed by Jeff Fenerzeig.

A truly unique, influential and uncompromising singer/songwriter, Daniel Johnston will be missed by his friends and fans at BMI.